The Askew Sisters - In the Air or the Earth 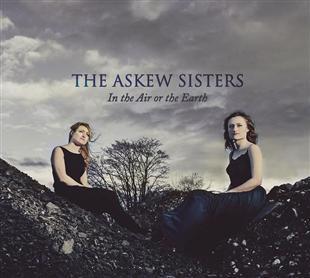 It was in 2010 that Hazel and Emily Askew released their second CD, Through Lonesome Woods. During the intervening four years both sisters have been busy with outside projects. Hazel is part of the very successful Lady Maisery trio whilst Emily has been working with, amongst other, the Dufay Collective and Shakespeare’s Globe Theatre. All these outside influences have played a part in the content and sound of their new album from Rootbeat Records.

The title of the album is taken from Shakespeare’s The Tempest and reflects the sisters’ view of traditional music. The interesting liner notes talk about folk music as being something both tangible and intangible, both authored and anonymous. For the Askew Sisters, folk music has an enduring quality to resonate with us despite its age or setting.

The Askew Sisters’ sound is a simple, but effective, one. Emily plays fiddles and viola whilst Hazel sings and plays melodeon and concertina. The result is a sound that varies from track to track, being robust in the more up-tempo numbers and delicate in the quieter, more reflective, pieces.

There are eleven tracks on the album, most of them traditional and many well known to a folk audience. The first two songs take established texts and rework them with new tunes written by Emily. The Maid on the Shore opens with a deft evocation of the sea as it tells the tale of a woman who cheats a shipload of sailors of all their gold and silver. The Wife of Usher’s Well tells its spooky story over an accompaniment of droning fiddle to stark effect.

Death is a theme that runs throughout the album. The Unquiet Grave deals with a love that transcends death whilst The Young Girl Cut Down in Her Prime talks about a woman’s acceptance of death after contracting a fatal disease (probably syphilis).

It’s not all doom and despair, though. There are a number tunesets on the album which bear traces of Emily’s time playing with early music ensembles.

The Whitehall Minuet starts off as a very stately dance before seguing into a lively 3/2 hornpipe, Hare’s Maggot. Both tunes are enhanced by Hazel’s diddle singing, a style she first used on the two Lady Maisery albums.

The excellently named Our Cat Has Kitted is another 3/2 tune which goes into the Crimson Velvet, a very old piece that dates back to a least 1558. Like all the tracks on this album the sisters play the tunes with conviction and brio.

The surprise on the album is a setting of the poem, You Are Old Father William, taken from Alice’s Adventures in Wonderland by Lewis Carroll. The text is accompanied by a jolly Morris-type tune written by Emily which, in a curious way, brings out the silliness of the conversation between father and son.

This splendid album ends with a version of I Wish the Wars Were All Over. This song is beautifully sung by Hazel with sensitive accompaniment by both sisters.

In the Air or the Earth builds not only on the success of the first two records but also benefits from the four year hiatus between albums. It’s good to have the Askew Sisters back, it’s almost like they’ve never been away.

Released on Rootbeat Records on 6th May 2014

1. The Maid on the Shore
2. The Wife of Usher’s Well
3. Room for the Cuckold/Beaux of London City
4. The Unquiet Grave
5. The Whitehall Minuet/Hare’s Maggott
6. Old Father William
7. Out Cat Has Kitted/Crimson Velvet
8. The Young Girl Cut Down in Her Prime
9. Parson’s Farewell/St Martin’s
10. I Wish the Wars Were All Over 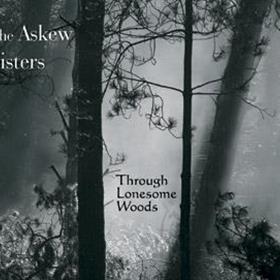