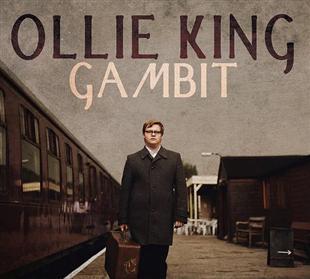 Ollie King is a young melodeon player who has been making waves on the folk scene for a while now. His first album Gambit presents us with eleven fine examples of his work. The tracks selected are a mix of instrumental and vocal with of course the squeezebox being to the forefront.

The arrangement of the tracks allows the listener to fully immerse themselves in the music. There is a mix of original compositions such as Polperro Bay and tunes and songs that Ollie has encountered from various different sources, such as the morris opener Shooting.

’Bold Archer’ has a slightly faster pace and is an enjoyable version of this well known song. Somehow, even faster paced tunes such as End of an Era/ Mr Cunningham’s Maggot have a soothing influence - it seems the way Ollie plays is naturally calming.

Round the Bay of Mexico stands out as a rousing unaccompanied song, which you might think is out of place, but the style of the song fits in so well with the rest of the album that it is a great addition.

A particularly jolly and uplifting track is Santa Fe Trail with great supporting vocals by Fay Hield. Fay’s vocal adds a great contrast to Ollie and gives that little breath of fresh air to the album.

Ollie has arranged the track listing nicely so each one gives you something new and different to enjoy. A promising debut from a talented young man.