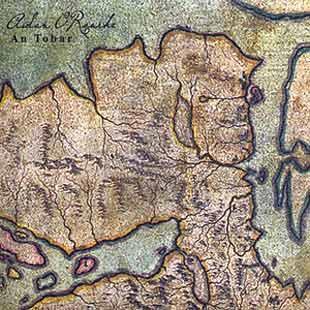 Continuing our look back at the notable releases of 2008, we come Aidan O’ Rourke’s latest solo album An Tobar. Aidan O’ Rourke is a musician from Oban in the Western Isles of Scotland. He has performed as a session musician with many well-known acts including Runrig and currently performs with Blazin’ Fiddles and Lau. An Tobar (The Well) is his latest album written to celebrate the tenth anniversary of the Tobermory Arts Centre, Mull.

Musically, this is anything but a typical Scottish fiddle album. The style wanders freely and and at times is reminiscent of Jazz with the guest saxophone playing of Phil Bancroft. The only slightly false note to my taste is the track "Tobar Nan Eilein" which takes the form of a Gaelic poem read over a musical background with a remixed feel. I have the feeling that this would work well in a live setting with Gaelic speakers as the audience but listened to from the album its a little jarring.

Each song on the album is very different and so I think this would be a good choice for a listener looking for something a bit out of the ordinary.

Released on 1 December 2008 by Navigator Records.