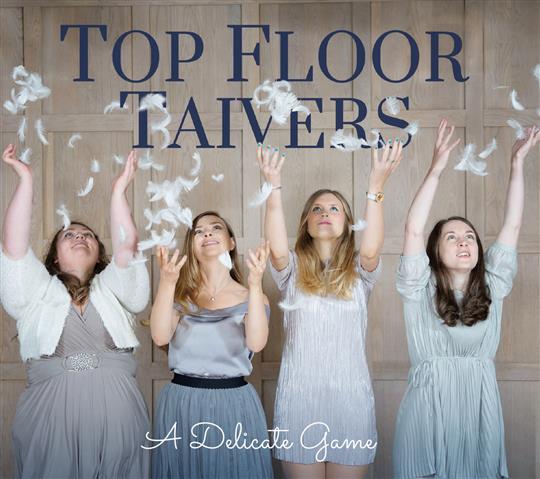 The dramatic piano introduction that opens A Delicate Game instantly tells the listener that this is going to be something slightly different to the numerous, admittedly excellent, début albums that are coming out of the Scottish folk scene these days.

Aside from the fresh, engaging voice of Claire Hastings, who won Radio Scotland’s Young Traditional Musician of the Year in 2015, the piano of Tina Jordan Rees is very much the dominant sound on A Delicate Game.

It gives this young female foursome, and the album itself, a very distinct identity. Hastings and Jordan Rees are joined by fiddler Gráinne Brady, with Heather Downie on the clàsrsach, the Gaelic triangular harp.

Material-wise the album is dominated by covers, including some very well-known ones, with a couple of traditional songs and two originals thrown in. In terms of covers they don’t beat about the bush, choosing iconic songs like Leonard Cohen’s Everybody Knows and Richard Thompson’s 1952 Vincent Black Lightning.

While the tune and lyrics of the latter are always going to be instantly recognisable, transforming the guitar maestro’s famous vintage motorcycling death-disc into a pacey, keyboard-driven track is an ambitious and genuinely interesting treatment that works well.

Other covers include Andy M. Stewart’s Ramblin’ Rover, while the traditional material includes The False Bride.

Of the two original tracks, one is by Heather Downie and her brother Alasdair, in what the sleeve-notes reveal to be their first foray into writing together. Called Jeannie and the Spider it’s a tongue-in-cheek look at relationships and the roles each partner plays within them. While it’s perhaps not the most memorable song on the album it is fair to say it is up against some stiff song-writing competition. It has a catchy, easily likeable melody and shows promise for song-writing that captures the spirit of the tradition.

The other original track, 10 Little Men, is Hastings’ re-imagining of the old nursery rhyme, and offers something a little different from the band’s usual style with electronic percussion and swirly atmospheric soundscapes. This track does, however, also offer an opportunity for Brady’s beautiful fiddle playing to really shine.

This is a band who have established a sound and a clear musical identity for themselves. At the same time they are not afraid to experiment and as a début A Delicate Game is an excellent showcase for the combined talents of the Top Floor Taivers.