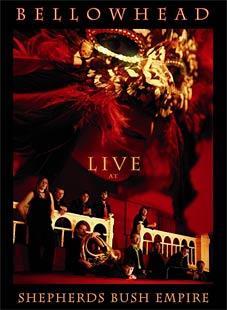 Being filmed in September 2007, this is mainly a live rendition of their first CD, Burlesque. But let’s be clear - this isn’t a timid recital of dusty old folk tunes, this is one the most entertaining live bands doing what they do best. They are having the time of their lives and bring the audience wholeheartedly with them. Even the numbers which take a bit more effort on CD are brought to life by the verve of the performance and the witty banter cements the friendly atmosphere.

For the veteran we get official record of a few rarer tunes. With Haul Away you get a sea shanty, but performed with uncommon vigour and a joyous energy that has to be seen to be believed. The glee which Jon Boden sings The Spectre Review (the sole track from their 2nd CD) is remarkable.

The venue seems smaller and darker than I remember it and the camera cuts around a lot. This works well for the more energetic numbers but can be distracting in the quieter moments. The close shots are a lot clearer than the wide shots of the whole band. The DVD extras are good but vary in rewatchability. Brendan’s fly-on-the wall tour diary is the highlight, where we get a tour of Pete Flood’s ailments and Heath Robinson drumkit.

Musically and performance-wise there are no low points. It’s been a long time coming but it’s a worthy record for all that have already been charmed by the exceptional Bellowhead live experience and hopefully will convince a few of the uninitiated to give it a go.

Features every track they played live that night with the exception of One May Morning Early.