Mike Ryan & Paul Downes - When Every Song Was New 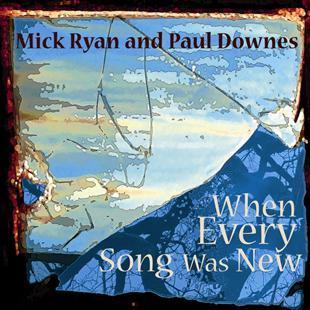 Ryan and Downes require little introduction: each with an extensive repertoire of traditional music, the creation of this duo unites the distinctive baritone voice of Mick Ryan with the strings prowess of Paul Downes, who performs the guitar, five-string banjo, mandolin, tenor banjo, and vocal harmonies on the album.

Together contributing to hundreds of albums over the decades, both independently and as a duo it cannot be stressed how much Ryan and Downes have contributed to the folk scene across Europe and the USA. A compilation of both traditional and non-traditional songs, When Every Song Was New has been released by WildGoose records in 2013.

The charming Beccles Gates and Among The Crows and Rooks demonstrate beautiful and tight vocal harmonies and melodic instrumentation to give a gentle, lilting rhythm. With the sharp twang of the banjo, the bouncy traditional song Limbo gives a more international, ethnic vibe to the album. Similarly, The New York Trader is a traditional uplifting and plucky song with the twang of American tones that support its namesake.

The simplicity of traditional songs like One Night as I Lay on My Bed and You Rambling Boys of Pleasure allow Ryan’s voice to soar in the spotlight. Along with The Greyhawk, The January Man - written by Dave Gaulder - is a soft song with storytelling, lulling tones that are sweetened by the introduction of the whistle and flute. Similarly, the namesake of the album When Every Song Was New boasts Ryan and Downes’ pretty and illustrious vocal harmonies.

Knife in The Window and The Old Jig Jog are uplifting and jolly traditional songs that particularly show off Downes’ vocal harmonies as well as his quickness and skill on the mandolin. Quick and bright, The Old Jig Jog and Georgie Barnwell welcome the patriotic and nostalgic depth of the accordion.

The Lover’s Ghost is as haunting as its title, guitar & vocals, slow-paced, whereas the absence of any instrumental detraction in the a capella ballad The Lass of Maharalee highlights Ryan’s wonderful voice.

Written by Ryan himself, Summerwater stands out as the centrepiece for this album. This catchy and layered piece introduces the bodhran for the first time and is quick to set one’s head a-nodding.

Ryan’s deep, strong and throaty voice trills life and soul into these traditional songs with a story-telling style. Warm and instantly recognisable, Ryan’s voice epitomises all that is folk and traditional music. With the sweet and nostalgic Western twang of Downes’ stringed melodies and rhythms, this album balances beautifully whilst showcasing the duo’s experience and skills at their best. Perfect for the traditional folk lover, When Every Song Was New is a truly classic collection of the very best folk songs.

Released by WildGoose Records on May 6th 2013 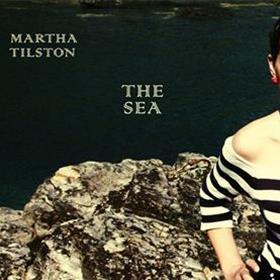