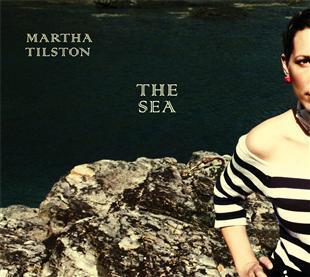 The sea has drawn the human race to its shores for millennia. It provides the perfect setting for stories of leaving, returning and the joys and sorrows of every port in-between. Our need to remain connected with our past means we hand those stories from generation to generation to hold in trust. Martha Tilston has recorded a collection of nine songs that continue that tradition.

In Bean’s Singing From The Floor, Martha recalls being left in a Moses basket under the till at her parent’s folk club; traditional music is in her blood.

Partly inspired by a benefit concert for her stepmother, Maggie Boyle, who sadly passed away recently, the album represents Tilston’s wish to have her close family and friends contribute to a project that reinforces the importance of the folk tradition. As a result, her father, Maggie and her uncle Kevin Whately (yes, that one) add their talents to the choices, as do Martha’s usual band.

Under less experienced hands, the combinations might have felt disjointed, but the album is seamless and even doffs a cap to some of her father’s peers. A version of Bert Jansch’s Blackwater Side is a good example of this.

Martha has a voice that could draw and dash many a man and his catch onto the rocks. This is immediately evident in opener Lovely On The Water, where it rides above a guitar line and Maggie’s flute. The melody laps at the rhythm and then retreats, the spaces in the sound as effective as the sound itself.

Lowlands Of Holland is similar, the first sign of a fragile vibrato evident in her duet with Kevin Whately. It’s followed by the darker Shipwreckers, echoing plucked strings evoking the dismantling of timber and metal. Sombre and haunting, the tragedy of unseen consequences is played out amongst droning fiddle and muffled percussion.

Fisherlad Of Whitby is an ode to love and loss sung with her father. Other highlights include a duet with her brother Joe on Shallow Brown and the upbeat picker House Carpenter, but there’s nothing here you’d choose to pass over.

As a body of work, Tilston succeeds in combining the universal with the personal; stories of lives lived on nature’s borders interpreted with respect, grace and charm by an extended family of folk artists.

1. Lovely on the Water
2. Lowlands of Holland
3. Shipwreckers
4. Shallow Brown
5. Blackwater Side
6. Fisherlad of Whitby
7. House Carpenter
8. The Waters of Tyne
9. Mermaid of Zennor 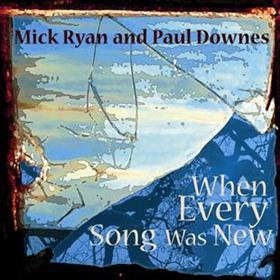 Review
Mike Ryan & Paul Downes When Every Song Was New 2013