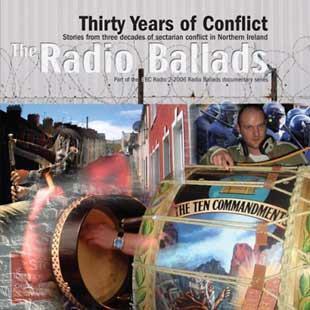 It would be impossible to document the past 50 years without making reference to Northern Ireland. ’Thirty years of conflict’ charts the violence in Northern Ireland, drawing in testimonies from both the Catholic and Protestant communities.

’Bloody Sunday’ is, for me, by far the most moving of all the ballads in the series. The producers have used snippets of contemporary news reports, intertwined with eyewitness reports and Cara Dillon’s haunting voice to create a real sense of the terror of the attack and the anger that followed.

And yet, many of the tracks embody a sense of real hope for the future. ’When the music starts to play’ describes initiatives to bring communities together and ’Carry on’ (the final ballad) focuses on the historic Good Friday agreement and one school’s song for peace.

In the words of one contributor: ’If you go into a pub and someone starts playing a tune on a fiddle in the corner, in no time people are tapping their feet in unison. Those people may come from all sorts of different backgrounds but that’s one thing they’re in total step with - that music. So the music is obviously a thing that pulls people together.’

Originally recorded for the BBC in 2006 and released on CD on 04/09/2006. Re-released digitally by Delphonic Records on 02/03/2010. Part of a series of six plays, volume five deals with the sectarian conflict in Northern Ireland.