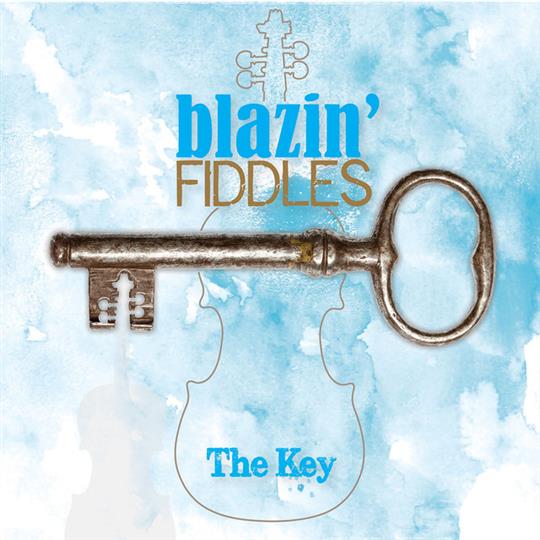 The Key is the 9th album from Scottish string aficionados Blazin’ Fiddles, and nearly 20 years from their founding the group continue to release consistently expressive and enjoyable music. The playing, of both the fiddles and accompaniment is, as is to be expected, of a very high quality.

What’s nice about The Key is its significant depth and breadth, admittedly all within the realm of Highland fiddle tunes. Marches, reels, jigs and airs - tunes fast and slow, wild and wistful.

There’s a pleasant level of accompaniment as well. Occasionally a fiddle album can feel a little flat without a bit of support, but the band has done a good job on the arrangements - knowing when that extra bit of rhythm or bass is needed, and when to let the fiddles fly.

Highlights from the album including the rousing opening Break the Light, a trio of reels which waste no time in diving right in.

The Black Pig is another particularly enjoyable listen. The opening tune is a simple guitar and fiddle melody, but as it changes to the second, a Neil Gow tune called Lucy Campbell it shifts up a gear. It, and the final tune of the set, also called The Black Pig, are just the kind of tunes that bring a smile to one’s face and instil in you the immediate need to dance.

There’s perhaps only one moment where it feels like something is missing, which is the air The Rose of St. Magnus. It seems to be crying out for some guest vocals, even if without lyrics. Even so, it is still a beautiful and moving piece.

All told, The Key is what you’d expect from a Blazin’ Fiddles album. It’s a varied showcase of fiddle tunes played without fault. It is probably true to say that if you’ve not found their work engaging before, this isn’t going to change your mind. But for fans and passing admirers alike this is a really solid offering.