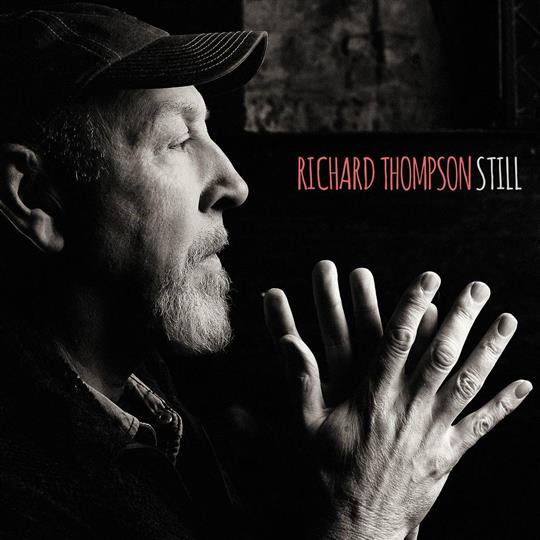 Nearly fifty years since one of folk’s most brilliant and illustrious careers began, Richard Thompson is still going strong. The seemingly bottomless pit of new ideas is reflected in the title of this new album, Still.

Still is Thompson’s sixteenth solo album, and right from the beginning it is clear that Thompson is still at his best. The opener, She Never Could Resist a Winding Road, is a trademark blend of lilting melody, captivating lyric, the fine guitar playing we have come to expect, and Thompson’s inimitable vocal style.

Throughout the album, as with Thompson’s entire career, it is these four factors that dominate, along with the characteristic blend of genres that we have often seen in his music. The influence of folk, rock and blues are all felt, with the latter perhaps taking more of a central role than in the past.

As always with Thompson, there is a huge variety in his songs. There are bawdy ones, like All Buttoned Up, and tragic ones, such as Where’s Your Heart. Pony in the Stable is one of many that shows off Thompson’s unparalleled guitar skill, with some immense virtuosity in the instrumental sections, while No Peace No End has a melody which showcases his long-standing ability to write a devilishly catchy tune.

If you listen all the way through the album, Still could never fail to leave you with a smile on your face, as it finishes with the excellent Guitar Heroes. In a respectful, yet superbly fun nod to his influences, Thompson tells the tale, almost certainly autobiographical, of a boy practicing the guitar ceaselessly, to the annoyance of his friends, teachers, family and girlfriend. He describes his inability to master the styles of, in turn, Django Reinhardt, Les Paul, Chuck Berry, James Burton and Hank Marvin, before moving seamlessly into perfectly executed renditions of some of their most famous solos.

Richard Thompson has a long history of classic albums, and it surely can’t be long before Still is considered among the very best of them.