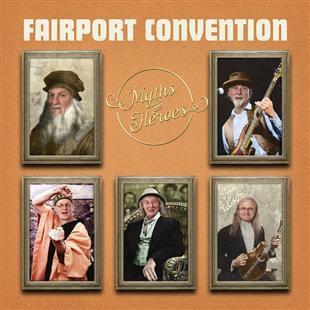 From the titular opener, the ridiculously catchy Myths And Heroes, right through to the wistful melancholy of closing instrumental Jonah’s Oak, there is not a wasted moment on this fine album. Every song deserves its place: rock and folk influences are balanced, authentic and sure-footed. There’s nothing extraneous or intrusive, nothing to disappoint.

Instrumental pieces Jonah’s Oak and The Fylde Mountain Time/Roger Bucknall’s Polka showcase the band’s tight, immaculate playing and arranging. This latter piece begins with rolling, playful mandolins, before becoming altogether more stately in the second part. Meanwhile, The Gallivant sounds like it might be the theme to a long-lost 1960s caper movie, with its perky Zorba-esque mandolin given added heft by members of Joe Broughton’s ensemble on strings and brass.

The songwriting is first-class, too. Anna Ryder’s upbeat Bring Me Back My Feathers, breezes along on a bluegrass banjo, sounding simultaneously modern and convincingly rootsy. Love At First Sight is a light-hearted tale of romance amongst the Morris men (or are they?) and is a song clearly rooted in the storytelling tradition. As are Theodore’s Song and Grace And Favour, about Grace Darling’s bold rescue of nine people from stormy seas. Irish-tinged lament, John Condon, about the youngest soldier killed in World War I, plays out to the plaintive strains of a battlefield harmonica.

For an album that has such a feeling of lightness and ease, there are dark hinterlands to many of these songs. Life’s more serious subjects - the passing of time, mortality, sorrow, regret and loss - are handled with maturity and reflectiveness, but never with maudlin sentimentality.

In Weightless/The Gravity Reel, inspiration comes from the 2013 film Gravity, here wrought into a truly heart-wrenching allegory of the limbo of grief. The gentle harp riffle that suggests rippling water in The Man In The Water counterpoints a bleak tale of despair and lost opportunity. PJ Wright’s song Home may be an earthy, grounded elegy to the relaxing comfort of having a strong sense of place, but the poignancy of mortality lurks in the shadows.

It’s Ralph McTell’s song Clear Water, a nautical metaphor about navigating life’s stormy waters, that really seems to sum up Fairport Convention 2015. Despite many turbulent waters, they are still very much afloat and perhaps now they can look forward to “some calm sea for the journey still ahead”. 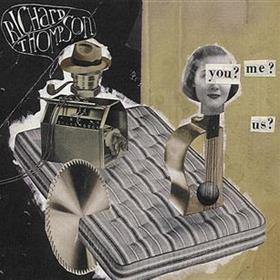