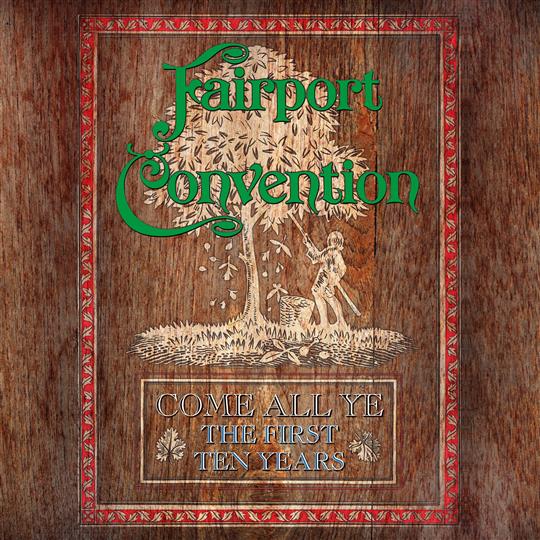 In the year of the band’s historic fiftieth anniversary a Fairport Convention box set, joining the long list of other compilations, box sets and reissued material from the Fairport family in recent years, is perhaps not entirely unexpected.

Titled Come All Ye: The First Ten Years this seven-disc anthology collects material from across the changing line-ups and evolving musical styles that characterised the band’s first decade in existence; from the US west coast-influenced beginnings in the late 1960s to exploring and ultimately defining English folk rock, with several journeys into diverse musical territories along the way.

What this box set does not do is deliver a full repackage and reissue of all of the albums from this period. Rather, while it does include a selection of songs from across the band’s first 13 studio albums (from 1967’s Fairport Convention through to 1978’s Tipplers Tales) the meat of the anthology is the myriad of out-takes, alternative versions, B-sides, sessions and live recordings. 55 of the 121 tracks are previously unreleased, albeit that most of the songs will be familiar to Fairport fans even if the exact recordings are not.

The first two discs span the period of the band’s first four studio albums. Not withstanding that at least a couple of these rank amongst some of the greatest albums ever recorded, the avid Fairport Convention collector could be forgiven for thinking that they are not getting a huge amount of new material here.

While there are some real gems, some of the tracks are BBC sessions that differ little from the album versions, and even where they do, a significant number of the less familiar versions of songs have previously been released elsewhere, such as the 2010 Sandy Denny box set or as bonus tracks on album re-issues. Some of the most interesting and unexpected moments come in the later discs.

Disc Three includes some alternative versions of songs from the Babbacombe Lee album. Performed live for a BBC TV documentary ’The Man They Could Not Hang’ on the life of John ’Babbacombe’ Lee, they have a much looser feel than the original versions and also include a song written especially for the programme: Farewell To A Poor Man’s Son.

Disc Four holds some of the biggest surprises. It includes a number of hitherto unheard tracks from an abortive album from the time when Dave Pegg and Dave Swarbrick invited Canadian singer-songwriter David Rea into the band. The result is a laid-back kind of Americana rather than English folk rock. Indeed, few would ever guess that a track like Maverick Child could be Fairport Convention until, that is, the unmistakable sound of Swarb’s fiddle cuts in about two thirds of the way through. Nevertheless, it provides a fascinating insight into a short-lived and little-known line-up.

Disc Five includes Sandy Denny’s previously unreleased original demo of After Halloween from the Rising For The Moon album. It was recorded at her home in Byfield during her second stint with the band and captures her voice beautifully. This disc also gathers together some previously unreleased live recordings from 1976 after Denny had left the band for the second time and Simon Nicol had rejoined.

The final two discs are devoted to two full concert recordings. The first of these, with the line-up that recorded the Nine album performing at Croydon’s Fairfield Hall in 1973, has lain unreleased for over four decades and shows the band in cracking form with some excellent guitar from Jerry Donahue.

The second heralds Sandy Denny’s return to the band with a performance from the LA Troubadour in 1974. Although, unlike the previous disc, most of this material has been previously available, it is a superb concert that notably captures the band performing some of Denny’s solo material as well as a version of Richard Thompson’s post-Fairport Convention song Down Where The Drunkards Roll.

Although there is some repetition with other anthologies, overall Come All Ye: The First Ten Years has plenty to offer the dedicated Fairport fan and includes some thrilling material that has not been released before.

However, for the less committed it should be seen as something to complement the purchase of the classic early albums, not to act as a substitute for them. No-one is advised to even contemplate buying this box set, therefore, until they have at least picked up the What We Did On Our Holidays, Unhalfbricking, Liege & Lief and Full House albums and enjoyed the full magic of them in the way they were originally conceived. 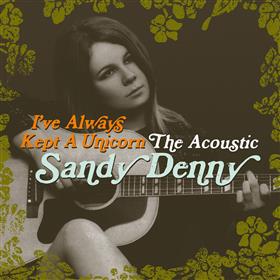