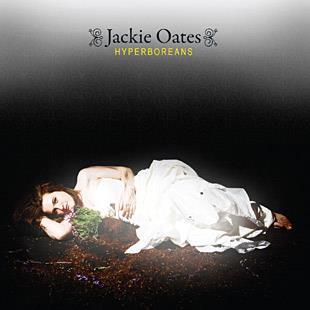 Described as her ’coming of age’ album, Hyperboreans proves that Jackie Oates is a shining star within the musical community.

Telling the tale of a father who needs to choose who will succeed him as Miller, the ’Miller and his Three Sons’ puts Jackie’s incredible voice centre stage where it deserves to be. Using the songs lyrics to create her own rhythms, she feeds off the beat of a prominent drum line but is never ruled by it.

The title track ’Hyperboreans’ sees Jackie joined by the track’s composer Alasdair Roberts and the ensuing duet perfectly showcases both voices. Compared with the dark stories later on in the album, the track is a breath of fresh air - a burst of childlike innocence before life experience takes over. The instrumentation echoes this, a light accompaniment providing support for the dual voices whenever necessary. The repeated phrases within the instrumental section evoke memories of nursery rhymes sung at bed time - alongside tales of Utopian societies where the Hyperboreans might live.

Childhood innocence is soon lost with the following track. ’Locks and Bolts’ once again brings out the rhythmic qualities of Jackie’s voice, but this time there is no drum line to feed off. Instead the various instruments seem almost to spar with each other, stressing the offbeats and creating their own pulse. A musical rebellion which seems to echo the lovers’ desire to defy their parents.

After the complex instrumentation of previous tracks, ’Past-caring,’ with its simple shruti accompaniment, offers an opportunity to acquaint yourself with the depths of Jackie’s voice. With nothing to divert the attention, the emotion in her voice is clear as she uses Henry Lawson’s words to describe the desolation of life in the Australian Bush. The entrance of the synths in the final verses bring his words right up to the modern day - even though written a century ago, the sentiment is timeless.

’May the Kindness’ is Jackie’s parting gift to the listener, wishing you goodbye until the next time. If ’Past Caring’ offers a moment of aural respite, then ’May the Kindness’ is the equivalent of a snugly jumper and warming fire on a cold winters day. Instrumentally the track may be totally paired down, but it still retains a warmth which touches your soul. Over the top Jackie’s voice floats, at times sounding as clear as if she were in the room, truly stunning and the perfect end to an incredible album.

Produced by her brother, Jim Moray it also features a host of talented musicians. With 11 lovingly crafted tracks, all bringing out different qualities in her utterly beguiling voice, it does not disappoint at all.

Released on 7 September 2009 by One Little Indian. Produced by Jim Moray.

1. The Miller and His Three Sons
2. Hyperboreans
3. Locks and Bolts
4. The Pleasant Month of May
5. Past Caring
6. The Sheffield Grinder/Mavis
7. Young Leonard 2
8. Birthday
9. The Isle of France
10. The Butcher’s Boy
11. May the Kindness