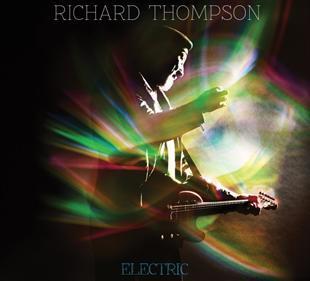 Richard Thompson’s new release Electric marks a confident statement from something of a folk legend.

Electric is characterised by Thompson’s superb guitar playing and, as the name suggest,s is packed with full of songs, mixing rock and roll and blues sensibilities with a beating folk heart.

The opening Stony Ground is an upbeat, rock and blues, hand clapping number that should be a real crowd pleaser. Salford Sunday really stands out, cleverly managing to blend a bright, cheerful and catchy tune with poignant lyrics. Straight and Narrow is another stomping bluesy number while My Enemy is an intriguing tale of two old rivals that have almost grown to enjoy their enmity.

The Snow Goose is impressively bleak, with a superb stripped-down guitar accompaniment and vivid lyrics. Another highlight is the lovely Another Small Thing in Her Favour, wistful and full of sadness.

The deluxe edition of the album comes with a bonus disc containing seven further songs. This is well worth seeking out and takes a more traditional folk direction, including some tracks from previous albums.

In particular, Auldie Riggs is outstanding and should perhaps have claimed a place on the main album. So Ben Mi Ch’a Bon Tempo was featured on Thompson’s acclaimed 1000 Years of Popular Music album and again works well here. I Found a Stray is beautiful, heartfelt and feels like deeply personal piece of songwriting.

Electric is Richard Thompson at his best and the deluxe version should be essential listening for all.

Released on 11 February 2013 on Proper Records.

1. Stony Ground
2. Salford Sunday
3. Sally B
4. Stuck on the Treadmill
5. My Enemy
6. Good Things Happen To Bad People
7. Where’s Home?
8. Another Small Thing In Her Favour
9. Straight and Narrow
10. The Snow Goose
11. Saving The Good Stuff For You