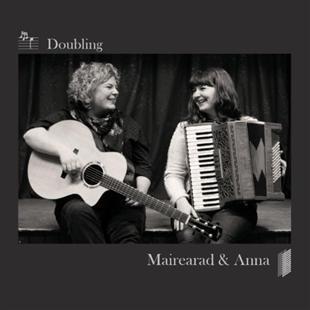 Mairearad and Anna are a fairly new duo on the block, but their first album proved they are well suited, and it is nice that these two have teamed up again to give more! Mairearad sporting her accordion and Anna with a plucky guitar are ready to present to the masses with their second album Doubling.

The album gives us a mix of fast paced, foot tapping jigs and slightly more relaxed (although not always slower) tunes to give a jollier relaxed feel. As a duo it must be asked if this limits exactly how creative they can be with their instruments, but the simple answer to this question is no.

The most surprising thing about this album is the variety within it. Using only an accordion and a variety of guitars (plus the occasional bagpipes and fiddle) Mairearad and Anna have been able to create an album that covers an entire spectrum of musical styles but avoids the inevitable risk of appearing a disorganised mess.

Each set is defiantly stand alone rather than fitting into a particular style or theme as many bands prefer. We get a fun jig, T-Shirts in March, to kick us off followed by a couple of gentler tracks only to have a dancing desire brought out again by the Scottish jig Teviot once we had just started to get relaxed.

Doublingis best described as traditional roots music and holds firm to that label with no messing around. A thoroughly pleasing album, which should leave listeners looking forward to future releases! 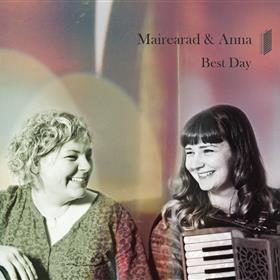