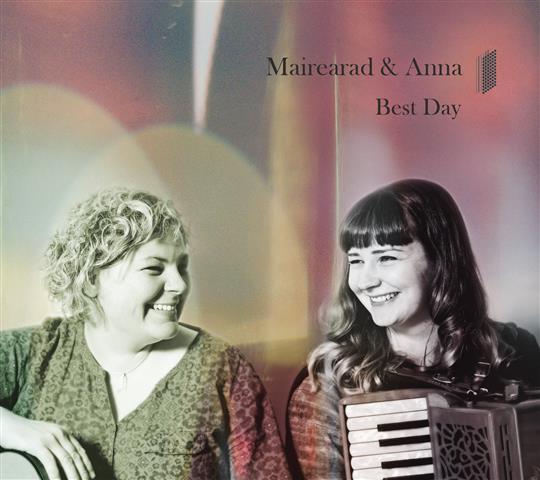 In some ways, folk CDs are odd things; recording living, breathing acoustic music is always a process of translation. Best Day is that rare album that gets it right - it feels like you’re listening to a live set in your room, rather than a live set drifting through a window. There’s a quality to it that is not found in live performance, just as there is a quality to a Mairearad and Anna gig that you won’t hear in the album.

Best Day has a sunny feel, full of bright, bubbling tunes, paced with a few slower pieces. It’s particularly nice to hear the guitar played gently and liltingly for these, in contrast to Anna Massie’s trademark style of fast, clean picking.

An album of dance tune sets can be a risk. With only limited variation in rhythm and speed available, one of the only possible changes in dynamic is to build the intensity - often making ensembles suffer from a loose, reverb-heavy sound.

Not so for Mairearad and Anna. Their tight, clean style allows no room for sonic imperfection, and every note is given space (a feat given the speed of some of the tunes). Opening track The Red Poppy is a good example - beginning with simply the tune on accordion and guitar, it broadens to full, soaring chords, but is never overburdened with sustain.

Although many of the tracks have extra instruments recorded over the top (all playing is by the duo) - most notably in Jerry and Otis, where Anna plays fiddle, guitar and mandolin - this doesn’t detract from the sound in the slightest, and rather seems the missing link between albums and live sets.

Best Day is the duo’s first album to feature songs, although you wouldn’t know it from their treatment of She Loves Me (When I Try) and Always Will. Two is a good number - not that one wouldn’t wish for more, but it’s just the right amount to open new doors without recreating their whole sound.

Mairearad Green and Anna Massie are among the brightest of stars on the already shining landscape of Scottish trad music. Buy their album, or a ticket for one of their upcoming gigs - it will be money well spent. To quote a line from one of their songs, "there is no ending to this tale". As far as the future of this musical partnership is concerned, I hope not! 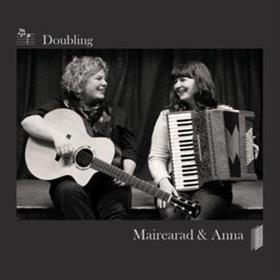