The Young’uns - Another Man’s Ground 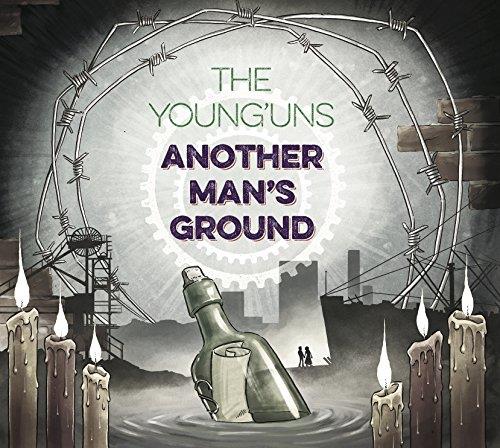 2015 looks like being quite a year for The Young’uns. After ten years together, they are celebrating their 30th birthdays with a tour across the UK, to Canada and parts of Europe. They have already completed a well-received stint as support on the Unthanks’ Mount the Air tour and picked up three prestigious awards: Best Group at the BBC Radio 2 Folk Awards, FATEA’s Band of the Year and Best Live Act from Spiral Earth.

Another Man’s Ground, the band’s fourth album, sees Jimmy Go Down to Your Uncle’s immediately setting the tone, calling on a lad to pawn his father’s trousers and use the cash for grocery money. Although the brief song is traditional, its subject matter continues to ring true for so many at the sharp end of austerity measures. Similarly, original song You Won’t Find Me on Benefits Street records how a group of proud Stockton residents refused to cooperate with the crew of a sensationalist TV programme.

Sparse guitar, accordion and piano accompany the much darker The Streets of Lahore, as it relates the appalling 2014 murder of Farzana Parveen in Pakistan. Trademark harmonies take a back seat to a mostly solo vocal and appear only sporadically during the heartbreaking tale.

Billy Bragg’s 1985 song Between the Wars continues to be relevant in a short a cappella version, as does The Drift from the Land, Graeme Miles’ observation that men will leave the fields for work in the cities, lured by better pay.

In the first of two songs rooted in the First World War, soft piano gives a lullaby feel to vocalist Sean Cooney’s Private Hughes and the story of a soldier who dropped a bottled message into the sea, for it to be found in 1999 and delivered to his then elderly daughter. The second, again penned by Cooney, closes the collection and also concerns a message: a letter from a German sergeant to the father of a presumed killed British Lieutenant, who was found alive on a battlefield. Featuring guest vocals from Bob Fox, the song is set to the fullest instrumentation on the album, with the trio playing in fine form.

The Young’uns continue to explore their working class roots with Another Man’s Ground, telling tales of poverty, pathos and despair. The astute social commentary in the original songs is presented with occasional humour and shows how little has changed since the traditional and contemporary songs were written. This thought-provoking collection offers a timely reminder that those songs remain pertinent.

1. Jimmy go Down to Your Uncles
2. You Won’t Find Me on Benefits Street
3. The Streets of Lahore
4. Between the Wars
5. The Drift from the Land
6. Private Hughes
7. Tom Paine’s Bones
8. The Brisk Lad
9. Waiting for the Ferry
10. School Day’s Over
11. Tenting Tonight
12 Brewster & Wagner 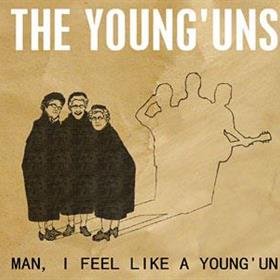