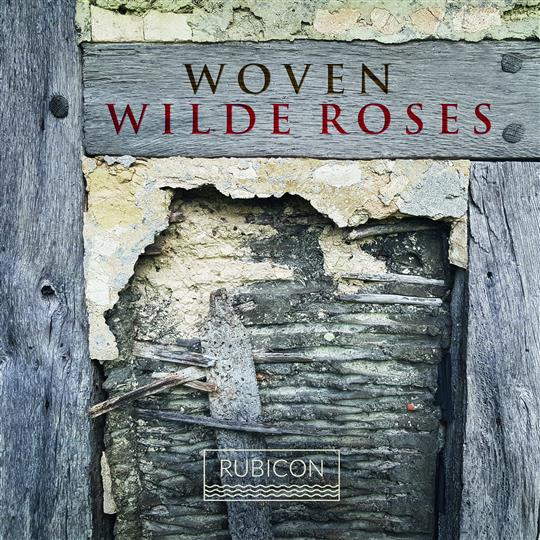 Wilde Roses are Anna Tam, Emily Baines and Arngeir Hauksson, three multi-instrumentalists deeply interested in the medieval and renaissance music from the British Isles. Their new album Woven is a collection of pieces of music ranging from the 12th to the 17th century, almost all of which were written by unknown hands.

The earliest composition recorded on this release is the 12th century English elegy Agnus Dei, a piece dating back to the reign of Henry II. The opening track Nota and the evocative Deo Gracias Anglia, composed to celebrate the English and Welsh victory at the battle of Agincourt during the Hundred Years War, together with 16th century English song Danger Me Hath, Unskylfuly represent the highest peak of expressiveness from these three talented musicians and researchers, especially thanks to Tam’s evocative singing.

The album also includes some material from the 17th century such as a poignant version of The Broom of Cowdenknows and an immersive take on Drive The Cold Winter Away. Other highlights include the trio’s alto recorder and lute led rendition of My Lady Carey’s Dompe, an English instrumental piece, dating from 1528 and considered one of the earliest compositions for keyboard instruments ever written, and Kat Godeu, translated as ’The Battle of the Trees’, composed by Anna Tam and inspired by 14th century middle Welsh poem The Book of Taliesin.

The selection process that led to this seventeen track release cannot be praised enough. With a mix of sacred, pagan and secular sources, Woven covers a wide range of emotions, historical events and atmospheres that underline the common cultural roots of the people from the British Isles.

The kaleidoscopic fresco of the fascinating identity of these territories is delivered not only via Tam’s and Baines’ lyrical singing, but also thanks to the variety of instruments they play, including nyckelharpa, pipes, baroque recorders and lutes.

This is a delightful insight into ancient music, a proof of these islands’ role in shaping European music and of its fundamental cross-pollination with the culture of the continent, a highly recommended release for everyone wishing to explore the origins of a multifaceted musical tradition.

Released on 25 September 2020 on CD and digitally on Rubicon Classics. Produced and engineered by Ingacio Lusardi Monteverde.