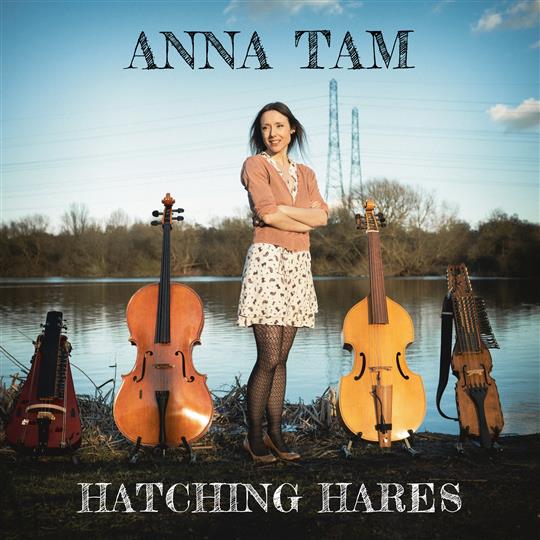 After the excellent response received by her Youtube series Folk from the Boat and her debut album Anchoress, Anna Tam returned to the studio to record her second solo work Hatching Hares, which features her distinctive singing and her dexterity on many, mostly stringed, instruments.

From the opening Brigg Fair to the evergreen The Snow it Melts the Soonest, from the darker Holland Handkerchief to the catchy Stitch in Time, from the lively When I Was a Little Girl to the evocative Bess and her Spinning Wheel, the album alternates between different atmospheres and subjects, all skilfully delivered by her exceptional voice and always fitting settings. Together with a number of traditional songs from the four corners of the British Isles, the album includes also a few, and often self-penned, instrumental tracks such as the exquisite Polska and the ethereal St. Martin’s Waltz.

With the warm timbre of her voice, a clearly thought-through choice of material and her ability on hurdy gurdy, nyckelharpa, viola da gamba and many other instruments, Tam has once again crafted a spellbinding work that takes the listener to different times and places. The subjects of these songs travel, fall in love, go to the fair, they are a complete portrait of how society changed in Britain across the centuries and provide a detailed insight on the popular culture of this country.

Hatching Hares is an atmospheric, well-calibrated and highly recommended album for everyone interested in traditional music and history, a work that confirms Tam’s reputation as one of the most appreciated voices on the folk scene.