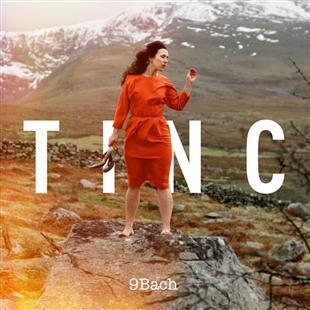 To dub this as “quite an interesting release” would be somewhat of an understatement for this intriguing five track EP by 9Bach.

To put the music into perspective, the Bright Young Folk review of 9Bach’s Tincian album from earlier this year (http://www.brightyoungfolk.com/gigs/tincian-9bach/record-detail.aspx) talked of a soundworld of songs and as one of the most important folk/world music releases of 2014.

With similar praise from both the national new press and the big hitters in the music press, the band have struck while the iron remains hot and embarked on a voyage into territories which folk music rarely seems to penetrate.

The Tinc EP features remixes of four tracks from the album which have been taken and remixed - not something you see every day in the folk world - to take 9Bach’s inventive soundscapes into another dimension. The question is, how do they sound?

The Gruff Rhys remix of Asteri Mou is the first remix he’s undertaken in his own right, turning the track into a haunting and hypnotic song cycle, building toward a pounding climatic finish. The intention to “exaggerate the natural rounds of the vocal parts to create an R&B mantra which would build into a droning racket” seems to be mission accomplished in a subtle yet quite captivating fashion.

Carcharorion took on the job of essentially warping 9Bach’s interpretation of the traditional folk song Pa Le?, and has given it an electronic vocoder sound amid the automated rhythm which dips in and out before developing into something verging on a dub mix.

The Sir Doufus Styles remix of Wedi Torri is much more subtle, going to re-emphasise the beauty and delicacy of the original and allows the dreamy Welsh language vocal to drift over the soundscape created by the band.

Possibly the most extreme reworking of the set is the Gravenhurst mix of Lliwiau which, for want of a better explanation, almost transforms the track into an ambient dub mix. Very challenging, but kudos for pushing the boundaries of folk and confronting the existing forms.

The four remixes are complemented by a re-recording of a track from their debut album, namely Bwythn Fy Nain, garnered from a live session in Real Wolrd Studios.’ Compared with the experimentation and challenge of the previous four tracks, it sounds almost normal - certainly a lot more of what you’d expect, call it mainstream or accessible if you like.

Although quite left field in terms of what might be viewed as traditional folk music, the EP seems like a natural evolution and builds on the experimentation and ambition of Tician. There are the obvious comparisons with the more well known and acceptable faces of Clannad and Enya, yet 9Bach’s more unconventional approach guarantees their originality and justifies their ambition to tap into genres and bring them into bed with the folk tradition.

The Tinc EP features remixes of tracks from their Tincian album. Released on 17th November 2014 on Real World Records.