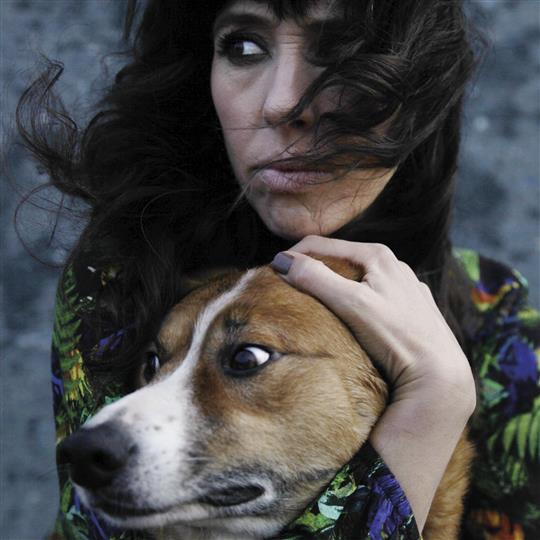 Following the critical success and the Folk Award Best Album acclaim of their Tincian album and the subsequent, more experimental Tinc EP, 9Bach have wasted no time in harnessing a rich vein of form: striking while the iron is hot and the muse is strong.

Not content to simply repeat a winning formula, Anian sees a slight shift in direction. While Tincian was grounded in stories of the past, Anian finds the band exploring more contemporary issues and themes. Having said that, the previous ethos remains, with an experimental and innovative approach at the heart of the music.

Clarification on the album title comes from Lisa Jen: “The Welsh word Anian means nature, the natural order, natural morality, the natural world, creation. It is your vibe, what you are made of, your soul and bones, and how you connect with other people, or other creatures.” Invoking anger, sadness, but most of all passion, they explore their thoughts and values soundtracked by an expansive yet subtle wash of sound.

Once again relying on the strength of the Welsh language to carry their message, the ethereal vocals simply add to the mystery and otherworldliness of a sublime set of compositions. It seems churlish to call them songs.

Recorded at Peter Gabriel’s inspirational Real World studio, it’s a location which seems to have played its part too. A studio and a label which has recently delivered albums recorded by musicians from Ireland, West Africa and Columbia (as well as hosting Eliza Carthy and her Wayward Band) the nature of their surroundings has pushed 9Bach into a different dimension.

Diversity and variety are the watchwords as the band’s MO of recording live with scant regard for overdubbing has enabled them to bounce ideas off each other and allow themselves to be taken on a musical odyssey. Nothing is left unmined. Elements of rock, dub and splashes of Eastern appeal are blended with more traditional folk influences. Rolling and tumbling piano from the opening Llyn Du leads into ska/reggae rhythms and beats on the title track, and the journey into the depths of the 9Bach soul begins.

Ifan might be more traditional and more restrained, but retains that gossamer lightness and delicacy, preceding the combination of voices in Heno and Si Hwi Hwi where the vocals drift and twist in and out of each other with an dreamlike aura. They provide lighter moments indeed before Cyfaddefa, where the temptation to pick up the pace and explode into a controlled maelstrom of percussion is resisted until the last few moments of the track. Intensely haunting and hypnotic, it conjures up a range of visions from bustling North African markets in an ochre sunset combined with traversing jagged Snowdonian landscapes.

Where Yr Olaf could even be described as dipping into some avant garde moments to accompany the vocal, less intense yet an immediate standout is Deryn; dreamlike in a different way - almost as though a lullaby has floated onto the scene, offering a blanket of calm in its even paced slow rhythm and flickering notes.

Tempting though it may be to focus on and dissect specific tracks or moments, ultimately it seems that the key is to experience Anian as a whole - from start to finish. At its most intense, try it out in a darkened room with the lights off. And loud.

As a bonus, the album comes as a double CD package. The term ’companion disc’ coined by Jimmy Page with his last run of Led Zeppelin re-issues, comes in the form of Tn dy lais / In your voice, giving various artists - including Peter Gabriel, Maxine Peake and Rhys Ifans - the chance to offer up their own interpretations of the songs and convey their meanings to non-Welsh speaking audiences. While the majority add to the atmospheric nature, the Peter Gabriel-voiced Deryn is eerily chilling, vaguely uncomfortable. Taking the form of a voicemail message from father to daughter it really pushes the envelope in the way that you’d expect of a collaboration between two groundbreaking artists.

9Bach walk unafraid. At the risk of the overuse of cliches, Anian is ground-breaking, folk-shaking, barrier-crossing, risk-taking, trend-setting stuff. A huge step which confirms the fact that the Welsh are coming.