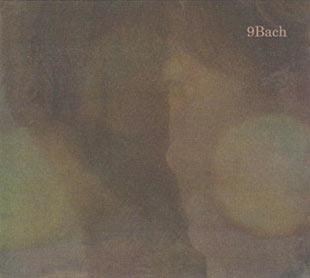 This album is something of a curious gem - a collection of traditional Welsh songs (sung in entirely in Welsh) with a modern backing. The more traditional harmonium and harp and mesh effortlessly with xylophone, the occasional flourish of moody electronics, shifting bass lines and the atmospheric chiming and squawking of electric guitar. Weaving through it all is the soft and beguiling voice of Lisa Jen Brown.

Live, she cheerfully explains the premise of the songs but on the CD we are afforded no such helping hand. The enigmatic sleeve has only the minimum amount of information, all of which is useless if you don’t read Welsh. In practice this is less irksome than you might imagine, as if encourages you to loose yourself in the songs, which is easy and doing so is a pleasure.

One of the songs I was able to find a little more about is Yr Eneth Gadd Ei Gwrthod (in English: The Rejected Maiden). It’s the true story of the mysterious death of Jane Williams, a young woman of seemingly irreproachable character who was found dead in the river Dee in 1868. She was spurned by her lover and fell into a depression as you might expect but was found dead after her mood lifted and she was back on friendly terms with her beau.

The next track Llongau Caernarfon (The Ships of Caernarfon) is a much sadder song, which gets it’s beauty from its simple arrangement.

Things speed up for Gwydr Glas (Blue Glass) with it’s mesmeric harp line and the album closes with Lisa Lân, which is a fine summary of what the band are about. Over the course of seven and a half minutes it starts off delicately, gets positively rousing in a middle, before gently ebbing away like the tide at the end.

I have to confess I am almost completely ignorant of the young Welsh folk scene and so far my efforts to find out have met with limited success. However, it’s unlikely that 9Bach are typical of anything in particular because they dare to develop their own personality outside of any market in particular. In doing so, they have succeed spectacularly and have created an album of rare beauty.