The Ciderhouse Rebellion - The Whitby Rose 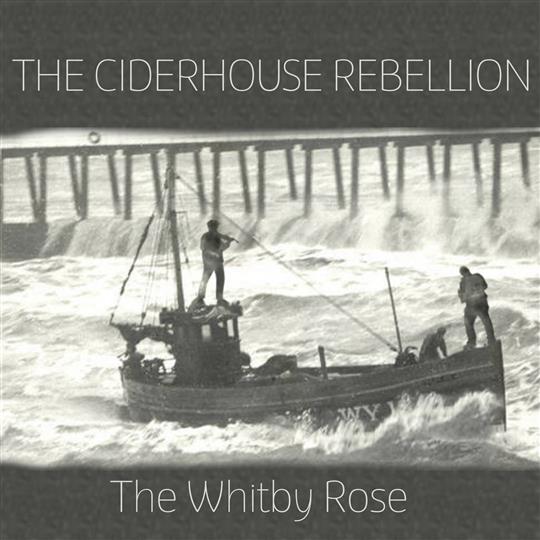 Ciderhouse Rebellion is the duo of fiddler Adam Summerhayes and accordionist Murray Grainger. Their music is often rooted in the landscapes and the stories from Britain, particularly Northern England, and characterised by free-flowing improvisation; their new single is no exception.

The Whitby Rose is the musical interpretation of video footage of the construction of a boat by the ship building company Summerhayes’ grandfather used to own. It starts as a beautifully poignant slow air with Summerhayes’ fiddle carrying the tune and Grainger’s accordion slowly emerging, gradually changing its role from drone-style backdrop to melodic voice interweaving with the fiddle lines. The second half of the recording sees the two artists playing the same tune in another time signature, surely faster, but nonetheless as inspiring and descriptive as its first version.

As expected given the extraordinary outcomes of their various projects, Ciderhouse Rebellion have created something uniquely intense. There’s an optimal balance between the careful execution of the details, for example the echo that magnifies the melodic qualities of the tune, and the improvisation that is the core of their inborn musicianship.

The result is a heartfelt, haunting and melancholically vivid musical portrait of the maritime heritage of the Yorkshire coast and a moving tribute to the workers that made it possible.