The Ciderhouse Rebellion - Genius Loci 2 - The Valley of Iron 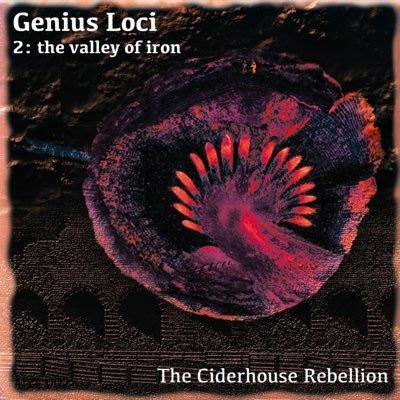 In the heart of the Yorkshire Moors, Rosedale has a rich history which includes a significant heritage of iron mining between the 1850s and the 1920s. Masters of impressionistic folk music The Ciderhouse Rebellion, namely fiddler Adam Summerhayes and accordionist Murray Grainger, have chosen this special place for the inspiration it can provide.

They then recorded the second chapter of their Genius Loci project, called Valley of Iron, in this spectacular location. As they have done with the first album of this series, inspired by places in the Peak District, they allowed the spirit of the place to flow into their music, spontaneously improvising on the spot, managing to convey the different corners of Rosedale’s industrial past they have focused on.

Once again, fiddle and accordion effortlessly create a kaleidoscopic and multi-layered musical texture that is not only a soundtrack for the exploration of these places, but a vivid depiction of the locations themselves. Compared to the first volume of the project, Genius Loci 2 - Valley of Iron contains more moderate to fast paced tunes and passages, perhaps to represent the rhythmic work of the miners, the steady rolling of wagons and the cadenced sounds of the workplace.

Take for example Old Kilns Above Stables Farm or Bank Top Kilns. And yet the lyrical portrait of the breath-taking natural beauty surrounding them is delivered with the duo’s trademark style in tracks such as New Kilns, Mine Entrance Above Old Kilns and Black Houses on Rosedale Branch East.

The most striking thing when listening to this release is the almost telepathic interplay between these two artists. It has always been the driving force of their musicianship, but it firmly emerges in the more diverse tracks on this album, especially in the opening Navvy Camp at Green Head Brow and in Swindle Howe Road.

Another gem by The Ciderhouse Rebellion. Now the question is what will be the location for the next Genius Loci album.