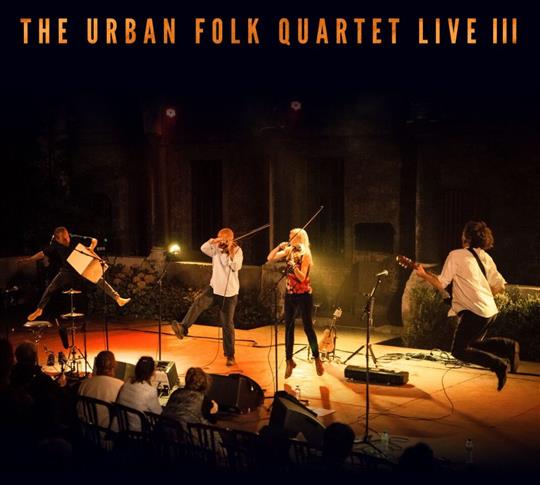 The Urban Folk Quartet (UFQ) are not easy to pigeonhole. Their music is an amalgam of Celtic dance, American traditional song, European melodies and Middle-Eastern modalities. It’s mostly upbeat virtuosic music that defies an audience not to get up and dance.

Recorded over four nights during 2015-16, this third live album (the clue is in the title) offers nine tracks which showcase the wide range of talents that the UFQ possess.

The UFQ are at their best on such tracks as Before Your Eyes/The Whiplash Reel which manages to make even a banjo sound like it originated in the Middle East. The two tunes are expertly sewn together to create a seamless whole, mixing sensual fiddle tunes with more upbeat Cajon-driven dance music.

It seems invidious to single out one particular musician but Dan Walsh’s dazzling and sensitive banjo playing, especially in his sitar-like solo that precedes the hyperactive The Beginning of the End, is a wonder to behold.

Of course the band can be more straightforward. Both Long Time Traveller and Boat up the River are toe-tapping excursions into American traditional music. If Walsh’s American accent is a little uncertain then that only adds to the charm.

The only still spot on the album is The Language Barrier, an original tune by Chapman and Broughton which provides much needed relief from the freneticism that surrounds it. The fiddle playing here is especially gorgeous, evoking a sense of wistful nostalgia.

The album ends with a barnstorming set of three tunes each written by a different member of the quartet. Right from the off, the pace is blistering and only gets quicker as the piece progresses. It’s a high-wire act, and at some points it feels like the band may fall off, but they retain their balance right until the end. Oh, and there’s a blistering percussion solo with Tom Chapman doing things with a Cajon that shouldn’t be possible, which is just the icing on the cake.

This album is the perfect way to beat the winter blues. It’s fun, fast, frenetic and foot tapping. Soul searching can wait for another day, sometimes all you want to do is party. 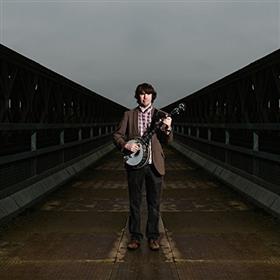 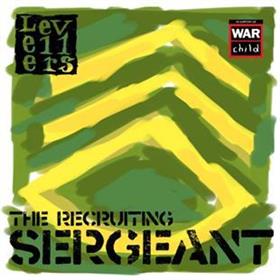