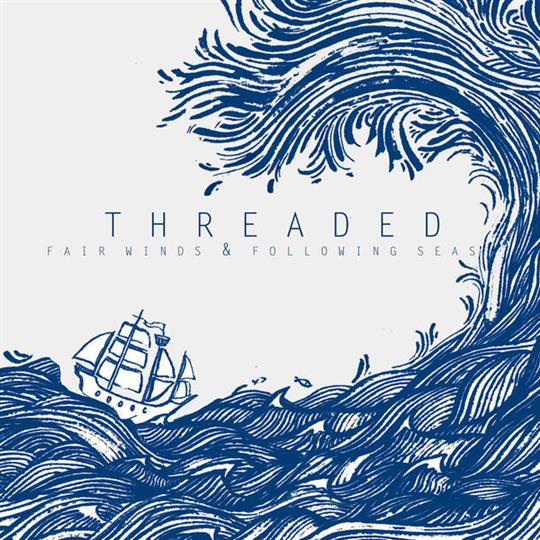 Fair Winds and Following Seas is the second album from classically trained trio Threaded. The title refers to a phrase used by sailors to wish a quick an easy journey to their colleagues. Indeed, the idea of going on a journey either through life, or to a real (or imagined) place runs through the eleven songs and tunes offered here.

The four songs, all originals (as indeed are the instrumentals), take on such subjects as friendship, love and ennui. They are all pleasant on the ear with catchy, if somewhat repetitive, choruses. The pieces are enhanced by the wonderful clarinet playing of Ning-ning Li.

The best of the songs is, arguably, The Long Return which describes the feelings of someone coming home from a journey at sea. Starting with two low notes on the clarinet which evoke a ships horn, the piece slowly gathers speed and excitement as home gets nearer and nearer. The listener can almost feel the anticipation of the ship’s crew as they near dry land.

The real beauty of this album, however, is in its instrumental pieces. Although some of them are influenced by folk idioms, most notably the Celtic stylings of In the Dawn or Hidden Lights, they are at their best when following their own path.

Milonga Nostálgica is a beautiful reverie for guitar and clarinet which shows the talents of both Rutherford and Li. The piece’s brevity only adds to its charm.

Perhaps the most ambitious track on the album is Tale of a Wyvern. The adventures of the eponymous creature (half-dragon, half-reptile) are vividly described in a piece of music that, although only lasting around four and a half minutes, contains half an album’s worth of tunes and ideas.

It’s not all plain sailing. Recording the album as live over two days means that sometimes the instrumental balance is not as good as it should be. This is particularly noticeable in the songs where Rutherford’s vocals, which are not strong at the best of times, tend to get lost in the mix.

However this is a small quibble when placed against the excellence of a piece like Aspen Groves. Inspired by the poem Summerhaven by their friend Molly Luke, this instrumental starts off in bluesy shuffle mode before transforming into a memory, perhaps imagined, of forests growing in Arizona. This is Bott’s turn to shine and she grabs it with both hands. It’s a fitting closer to the album.

You would expect a high standard of musicianship from students at the Birmingham Conservatoire. What is more unexpected is how Rutherford, Bott and Li use their classical training to create a hybrid of an album that takes its influences, not just from folk, but from jazz, pop and world music. At their best Threaded make a glorious sound. Fair Winds and Following Seas is a journey worth taking.