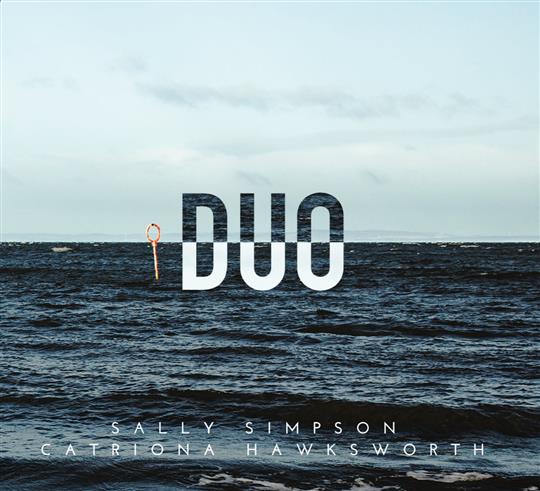 Simpson & Hawksworth go back a long way. They were first noticed in 2012 when they won the Orkney Festival Open Stage. Much studying (both here in the UK and in Sweden) and water under the bridge has passed before they finally felt ready to release their first album, simply called Duo, in 2017.

Duo is a straightforward album. It presents a selection of ten tunesets arranged for fiddle and piano. All the pieces are, or take inspiration from, the Scottish tradition. There’s no fancy tricks - just two musicians who delight in playing together and bringing these tunes to life.

The album is a mixture of the traditional and the self-penned. Indeed, without sleeve notes it would be hard to tell which pieces are new and which are trad arr. Take Wild Geese for instance. Composed by Simpson & Hawksworth, it takes its inspiration from a poem of the same name by Mary Oliver. There’s a feeling of stillness to this tune, of being taken out of this world to a place of peace.

The duo can also do jaunty. Burnbank Cottage by Hawksworth recalls with affection her parents’ home. This is paired with The Long Distance Runner by Jim Sutherland which shows off the talents of both players to fine effect. Another tune by Hawksworth, The Rugged Trainspotter does much the same thing with both players positively racing to the finish line.

Arguably the most striking piece on the album is a haunting arrangement of the slow air, Lament for the Death of Hugh Allan. Simpson’s playing here is particularly fine and is ably supported by the sensitive piano accompaniment of her partner.

The welcome resurgence of the purely instrumental album continues with this low-key jewel by Sally Simpson & Catriona Hawksworth. Duo is a no-nonsense album of fiddle and piano that is sure to find its way into the homes, and hearts, of traditional music lovers everywhere.

Released on 3 June 2017 by Burnbank Records.