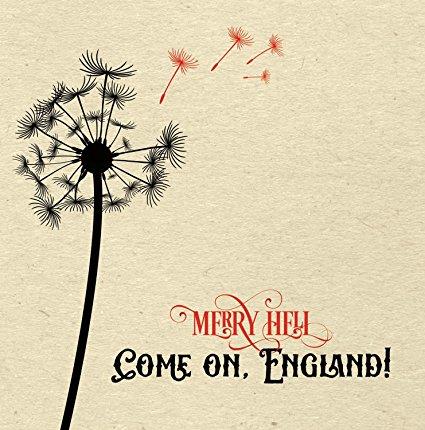 “An alternative national anthem” is what Wigan-based folk-rockers, Merry Hell, bill the title track of their new EP, Come On England! It is not difficult to see where they are coming from: in a country that’s been riven by inequality and division, they aim to present a hopeful vision for the future.

There is passion, defiance, warmth and optimism in the lyrics: “On the streets I have seen those with greed and hate in their eyes; and those with their hearts and their hands open wide.”

The socio-political theme continues in We Need Each Other Now which, like the title track, also appears on the band’s current Bloodlines album. Again, this is an anthemic sing-along with heartfelt lyrics that one can imagine resonating really well with audiences on the live folk scene.

Lean On Me, Love is more personal and more reflective, a gentle acoustic track, yet with Andrew Kettle’s powerful, distinctive vocals still delivered with that same air of sincerity and determination.

The final track is a live version of The War Between Ourselves, a bouncy Levellers-esque slice of indie-folk that has been a mainstay of the band’s live performances since Merry Hell first formed in 2010.

An alternative national anthem? That might be a tad ambitious but this EP certainly contains some rousing anthems for troubled times and it is highly likely that Come On England! will be a firm live favourite in the band’s set list for years to come. 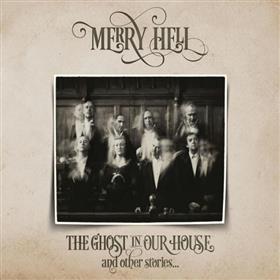 Review
Merry Hell The Ghost in Our House & Other Stories 2015