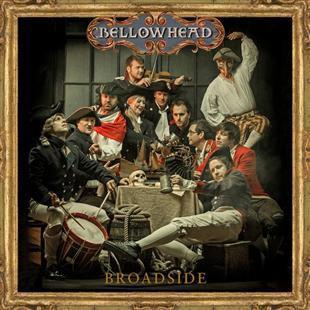 Bellowhead’s new album Broadside is all of the above. The verve and vigour we have come to expect from a Bellowhead production is present in the volley of musical expression on their latest CD.

Broadside is also " dark ruby red beer rich in fruitcake aromas, almonds and conserved fruit" Brewed to commemorate the Battle of Sole Bay fought against the Dutch Republic in 1672 off the Southwold coast, this Adnams beer has enjoyed a meteoric rise to fame, just like Bellowhead who by coincidence have their own specially brewed golden ale, Hedonism.

Bellowhead’s Broadside, is a raucous and eclectic, perhaps even incongruous, mixture of working songs, traditional ballads, sea shanties, strange and ghostly tales, reflections on what is man, all delivered with panache and rollicking humour.

The songs are orchestrated with care and the most minute attention to detail. Like a Dickens novel there are nooks and crannies in the arrangements, which are carefully layered, yielding more on each listening. The craft behind the spectacle of a Bellowhead live performance, is revealed.

Take one excellent song, the traditional shanty, Roll the Woodpile Down. Jon Boden’s arrangement transforms it into something quite original. The mix of voices and instrumentals creates a feeling of "rolling the whole world round".

There are allusions to other folk, popular, music hall and even classical pieces interwoven on Broadside. Whether intended or not, they are present in moments of passing fancy - echoes of the Beatles, Madness, and even Crosby, Stills, Nash and Young.

Byker Hill, the traditional English folk song about coal miners, provides a strong start. With its memorable and commanding chorus, this is an excellent opening choice followed by a modern version of the well-known Old Dun Cow.

A Bellowhead album usually includes a number of songs with rather peculiar stories. Betsy Baker is a traditional song of unrequited love, with a pleasing strings and brass accompaniment. Black Beetle Pies is a strange unearthly tale with the familiar Bellowhead dissonance where madness is lurking in the background as well as flaunting itself in the foreground.

There are more sea shanties such as 10,000 Miles Away where the brass accompaniment carries the song, and the final song Go My Way. Thousands or More opens with harmony in a hymn-like rendition, paying tribute to the original version by the Copper Family, and then is transformed into a more rousing number, building to the heartfelt finale - "although I am not rich and although I am not poor I’m as happy as those that’s got thousands or more."

Dockside Rant, an instrumental piece, conjures pictures of crowds dancing at a live Bellowhead performance. It’s a nice interval followed by the relentless and driving The Wife of Usher’s Well, a dark ballad set in an unusual style for Bellowhead, with repetitive minimalism and the occasional string interlude reminiscent of mid-to-late Beatles arrangements and a feature of the album.

What’s the Life of Man (Any More than a Leaf)? opens with a brass fanfare and has a slightly burlesque feel to it. The album builds towards its finale with the lively Lillibulero, followed by the final shanty Go My Way performed to perfection.

Broadside meets the high level of expectation Bellowhead’s past performances and recordings have set. Their brand of folk music is unique, continuing to draw in listeners outside the familiar folk world as well as appealing to those within it. With Broadside Bellowhead have done it yet again. Let the cannons roll! 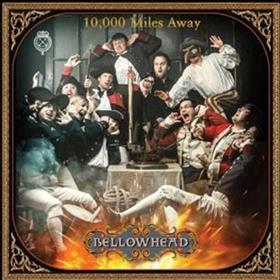