The Imagined Village - Bending The Dark 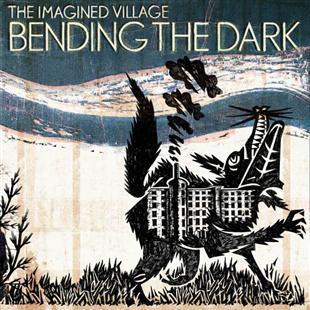 The Imagined Village’s third album sees a change of personnel and direction. Bending The Dark - a reference to the ’dha’ note in the Indian scale - also alludes to the group’s need to find strength and confidence in the face of adversity.

Family illness dogged the band throughout recording, and they also had to do without Chris Wood, who took a “sabbatical” to concentrate on his own writing. Before leaving, Wood had stressed that, if the band was to move on, it should lessen its reliance on Martin Carthy’s songbook, and so it was agreed - time to get writing. In fact, time “to write a new body of songs based on our skills as lyricists and composers embracing contemporary issues as well as reflecting an English musical identity that isn’t specifically rooted in the folk tradition,” according to Simon Emmerson.

And it certainly sounds different, the group exploring a range of influences. Opener The Guvna is a pulsing, downbeat dub-dance track reminiscent of The Specials’ Ghost Town. Eliza Carthy’s tasteful vocal contributes to an eerie start, continued through Jackie Oates, who is introduced via her haunting, typically crystalline rendition of The Captain’s Apprentice. That leads into another bleak maritime story - New York Trader, which will feel the most familiar to Imagined Village fans; a traditional tale spun sideways with an inventive, complex arrangement, based on the strings of Martin Carthy and Sheema Mukherjee.

Mukherjee is behind the album’s ambitious title track, too - more than 12 minutes long, it features a brilliant drum battle between percussive aces Johnny Kalsi and Andy Gangadeen. Rinky-dink piano, swooning cello and Carthy’s subtle guitar all add to the mix. Another contender to be the album’s ’banger’ is Get Kalsi, a stomper made manic by Johnny’s tabla and dhol.

Elsewhere, Eliza underscores her talent for lyricism on the brassy Fisherman, which concerns the recent occupation of St Paul’s Cathedral. Oates is at the forefront on the delightful Wintersinging, which features a blokey chorus courtesy of Jim Causley, Steve Knightley and Mawkin, alongside a dexterous bass solo from Ali Friend.

The album is The Imagined Village’s least immediate - shot through with melancholy and the occasional moment of indulgence. And as outrageously talented as Eliza Carthy and Jackie Oates are, it’s hard not to miss the balance Chris Wood’s voice provided. But Bending The Dark is also a real grower - every listen uncovers another layer of thoughtful, often dazzling musicianship. Even considering The Imagined Village’s reputation for innovation, this is brave, different, fascinating stuff. From here they can do anything.