Elephant Sessions - All We Have Is Now 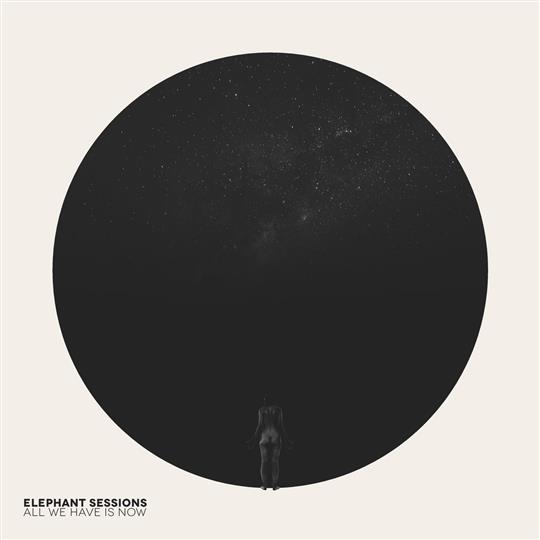 For the first 30 seconds of All We Have Is Now you could be forgiven for thinking you were listening to a pretty standard indie band, then the fiddle kicks in and it all gets a bit more interesting.

All We Have Is Now is the second release from the Scottish instrumental quintet Elephant Sessions. It’s an eclectic mix of influences, throwing in guitar and synth driven rock with fiddle and mandolin playing trad-inspired tunes.

It’s easy to see why the band has picked up such a reputation for their live shows. There are no wistful ballads here - it’s an album of spirited fiddle playing backed up by driving percussion and bass.

There are few more chilled-out tracks on the album. Lament for Lost Dignity is softer and slower than Elephant Sessions’ usual pace, though for all that it’s still pretty perky for a lament. Summer opens as a laid-back, synth-filled chill-out track that slowly builds, with the addition of mandolin and fiddle, to a sunny celebration of its namesake.

Fran’s is the slowest the album gets, though in the grand scheme of the folk world it’s still far from sombre or melancholy. The sweet, meandering fiddle melody contrasts with the measured but forceful drumming to create a textured arrangement. It’s difficult to resist sitting back, closing your eyes, and just listening while it plays.

Even without the aforementioned tracks, there’s plenty of variety in the album, though they are perfectly spaced in the running order to give the listener a little break from the pace.

It’s a good job too, because tracks like Tingles and I Used to Be a Nice Boy don’t let up. Like the rest of the album, more than anything they’re just really fun listens. There’s no doubt though that as good as they sound on the album, they’re probably best enjoyed live.

Looking at the packaging for a moment, the band has gone for a great choice of artwork. The silhouette standing in front of a night’s sky - in a very minimalist style - fits really well with the title and by and large the music within.

What’s really refreshing about All We Have Is Now, and Elephant Sessions more generally, is how the band can bring in so many different influences whilst still maintaining a coherent feel and sound. Each track is fresh compared to the last, without the album as a whole losing its identity. It’ll be interesting to see how they carry that forward with their next release, if they can. It’s a fine line to walk.