“All Swell” is singer-songwriter Jess Morgan’s debut Album, following on from her debut EP “Crosses” released November 2009. One of each so far and things are sounding great. Jess is a singer-songwriter from East-Anglia who makes folk and roots music inspired by both British and Celtic folk and Americana.

“Pamela” and title track “Crosses” reappear again from the “Crosses” EP but that is not a problem. “Pamela” is a great story song and a good example of what Jess does best - telling us stories. Stories from different times and places but with a resonance for us modern folk and our modern ways, we still haven’t done away with love and death this early in the 21st Century, thank you “Father, Son and Holy ghost”.

Of the eleven songs on the album for me “Onyx” and “Talisman” are two of my favourites. “Onyx” with it’s dark, many layered love story is the flipside to “Talisman” which is the tale of a young man saving a life instead of buying a wedding ring - I’m spoiling things, listen to the songs there much better than my descriptions and you get to hear Jess’s beautiful voice and guitar work instead!

Jess’s voice and percussive guitar are what you get when you see Jess live and the sound on the album it’s a pretty warm realisation of what she is like in the flesh but with added ingredients in the form of HP Gunderson from Norway playing Slide Guitar on some tracks and fellow Norwegians Morten Skage, David Vogt and Jorgen Sandvik adding Double Bass fiddle and sitar but sparingly to the mix.

This is a great first album from a great new talent and it deserves to do well. 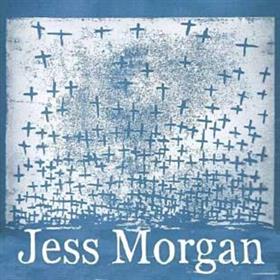