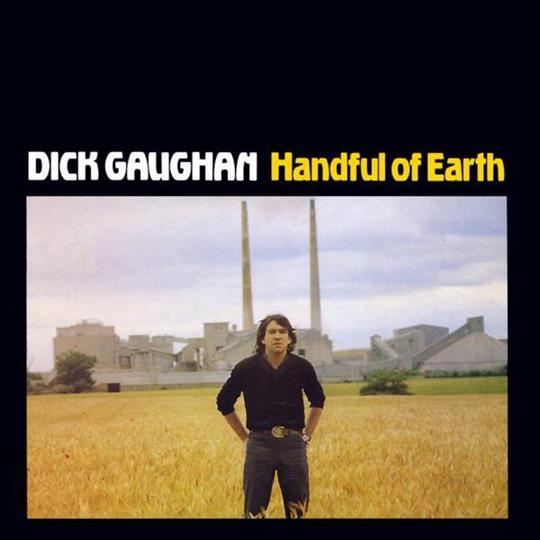 One of a series of re-releases from Topic Records’ rich back catalogue timed to coincide with the label’s 80th anniversary, Dick Gaughan’s Handful of Earth was key in establishing the Scottish singer and guitarist’s reputation as a square-jawed firebrand.

Coming out in 1981, it was one of the first of a multitude of albums released that decade by musicians from across the musical spectrum as a riposte to Thatcherism. While the inspiration was immediate, the lyrical roots of the material on Handful of Earth extend much further back, with carefully selected traditional numbers making up half the album’s material.

Now Westlin Winds showcases Gaughan’s deft guitar work while he delivers Robert Burns’ subtle message against land enclosure in his clear and distinctive Lothian brogue. Meanwhile Cragie Hill perfectly captures the feelings of trepidation felt by those forced to emigrate, with the troubled chords rising and falling without finding resolution.

The dour mood is transformed to one of optimism in his simple yet hope-imbued rendition of Leon Rosselson’s World Turned Upside Down. On a more personal note, early 19th century break-up classic The Snows They Melt The Soonest is practically sung through gritted teeth, bringing a bitter and subdued reading of the lyrics.

The album finishes with two polemical numbers. As with most unflinchingly political songs, the listener’s enjoyment will be enhanced or tempered by their sympathy with the message.

For any folk fans with socialist leanings, the moment the vocal harmonies kick in on The Workers Song is bound to make the hairs on the back of their neck stand up. Having brought Ed Pickford’s simple yet eloquent words to life here, Gaughan played a large role in helping the song become a standard.

Meanwhile Both Sides The Tweed may sport a slightly dated keyboard and guitar sound, but carries a message that has become more prescient today with the heightened debate around Scottish independence.

If the simple, acoustic guitar based treatment of the material on the album sounds unremarkable, or even passé, to those reared on the more diverse palette of folk music from the last two decades, that’s probably thanks to Gaughan being part of that pioneering wave of singer-guitarists in the 60s and 70s who have since been often imitated, and only occasionally bettered.

Originally released on Topic Records November 1981. Rereleased on CD and digitally 17 May 2019. Recorded by Robin Morton.