Solasta - A Cure For The Curious 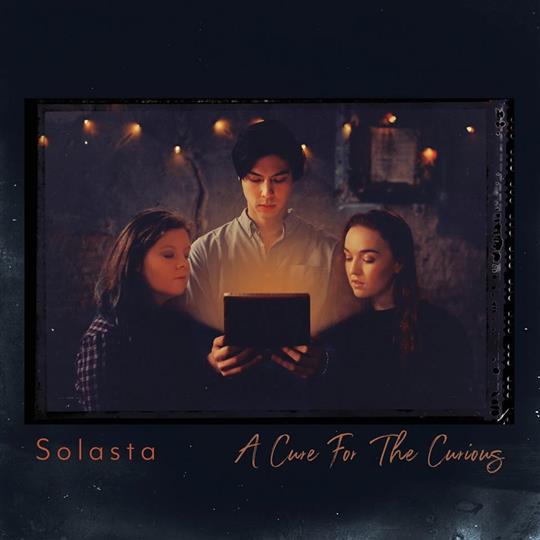 Released in September 2018 A Cure for the Curious is the new album by the London based Folk trio Solasta. The name of the band comes from the old Gaelic word for “bright” or “luminous” and nothing seems to be more appropriate for these talented musicians.

Elisabeth Flett (fiddle), Hannah Thomas (cello) and Jamie Leeming (guitar) are more than just folk musicians. In these ten tracks they present a delicate patchwork of different arrangements and tunes that represent a wide spectrum of ancient and modern aspects of British culture.

The album starts with The Plate Smasher, a funny, irreverent and inventive track that shows how the instruments are just natural extensions of the body of every member of this trio. One of the the tracks especially worthy of attention is The 5/8 Set that features a revisited version of Pressed For Time by great piper Gordon Duncan.

The trio also performs an unusual arrangements of Bedlam Boys before moving into The Pirate Set, an energetic bridge to the second and more emotional part of the album. The ninth track Reels is another sample of majestic
virtuosity and great arrangement skills. Port na bPúcai is the final track of the album: it sounds like a warm hug to the listener, but it is not like a farewell, more like the departure of a friend that has shared this long musical journey, with the promise that this will be not the last one.

This enchanting mix of ancient folk songs and tunes, original compositions, creative arrangements and avant-garde explorations of different genres, such as classical, minimalist, ambient and even jazz music is the highest peak that Solasta have ever reached in their young careers and it sets the sails for new musical adventures.

Released on CD and online on 21 September 2018. Mixed by Ben Walker. 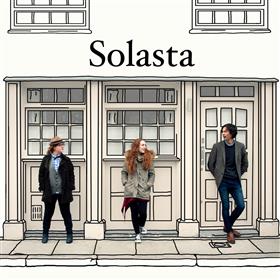