Ben Walker - The Fox on the Downs 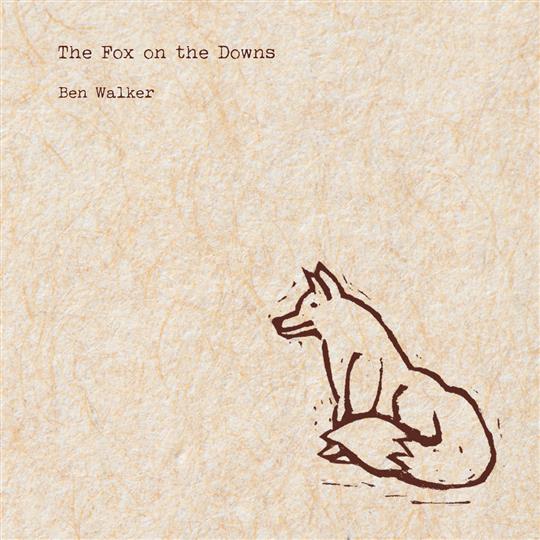 Well known for his work with Josienne Clarke, The Fox on the Downs is Ben Walker’s debut solo release. Whereas his recent co-productions with Clarke have tended towards the multi-textured and immersive, the four tracks on this EP consist simply of Walker’s finger-style guitar.

This approach places the focus firmly on his impressive playing. On the freewheeling hornpipes A Day at the Races / The Fox on the Downs, he underpins a highly taxing tune with an on-the-button bass line, pulling the tempo about as he toys with the listener. He takes the counterpoint a step further on The Cross Kings / The Pepperpot, fashioning at least three concurrent lines from just one instrument.

Walker also has the musical feeling to breathe life into old melodies; it took a check of the liner notes to discover that A Trip to Nettlebed is not an original inspired by the folk club but in fact dates to the 18th century. In any case, the twiddles and rolls are carried off with such relish that it may as well be his own.

A more or less straight rendition of renaissance composer John Dowland’s Lachrimae Pavan completes the set. An eclectic and all too brief release, The Fox on The Downs nonetheless allows Ben Walker to show off his jaw-dropping guitar technique to an extent not always possible when acting as an accompanist, and for that reason will reward anyone who takes 14 minutes to listen to it.

Released on Folkroom Records on CD and download September 2018. Produced by Ben Walker.

1. A Trip to Nettlebed
2. Lachrimae Pavan
3. A Day at the Races / The Fox on the Downs
4. The Cross Kings / The Pepperpot