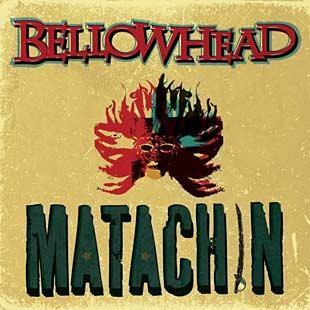 Two years of relentless touring since their début has lent the band a new found swagger. The centrepiece of the album is three upbeat and rousing songs that are suitably show-stopping. Cholera Camp is perhaps the best of the three, a bold retelling of the Rudyard Kipling poem that has some of the spirit of Flash Company. The song is wild and jumps around all over the place and yet they have the gall to pull it off and make it a coherent whole.

There are two tunes on offer here. "Kafoozalum..." is completely potty and tremendously good fun. There’s a break about two minutes in that had me laughing out loud but I shan’t spoil the surprise if you haven’t heard it. Things end in grand style with "Trip To Bucharest...", as dramatic and danceable as anything they’ve done.

The rest of the CD is surprisingly laid back and sophisticated. On an album full of surprises, "Bruton Town" is perhaps the greatest with it’s relaxed jazzy feel. For sure, this a not a band content to rest on their laurels.

So what’s not to like? Not much. The Vignettes are small tracks that aim to break up the album but aren’t really needed. The album cover is disappointing when compared to the lush band photography or exceptional standards set by Burlesque. It simply isn’t as striking as the music deserves.

This is a bold work full of twists and turns that is both instantly likeable and sinks in the more you listen. A rousing success - slick, fresh and highly distinctive.

Released through Navigator Records on 22nd September 2008. Available as a regular CD, a limited special edition CD with expanded artwork and a limited red vinyl that includes a CD.