Ange Hardy talks about The Lament Of The Black Sheep

Lament Of The Black Sheep, the new album by Somerset folk singer Ange Hardy has been causing quite a stir in folk circles. Receiving universally positive reviews it’s a piece of work which shows a remarkable talent in portraying her world in song. We managed to catch the FATEA Female Vocalist of the Year straight off the back of the album launch gig and took the opportunity to probe a little deeper into her thinking about the record. 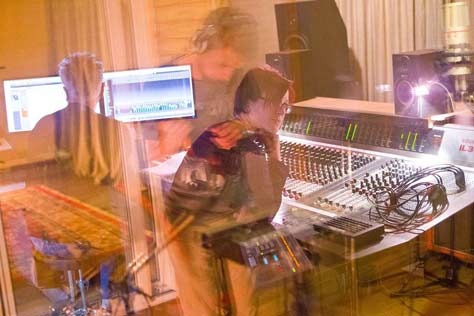 You’ve said that that Bare Foot Folk was about stripping things back to the roots, yet ’Lament of the Black Sheep’ is about "exploring the surrounding soil." Can you tell us want you meant by that?

Bare Foot Folk was something I recorded so that I would have an album that represented me as a live artist, because my first album Windmills & Wishes didn’t, and it was also a real attempt to bring all my songs together as “folk music”. That was what I meant about stripping everything back to the roots. I’d always been writing folk music, I just didn’t realise that was what it was.

When Bare Foot Folk started getting picked up by reviewers and folk radio stations I began to immerse myself in the folk world. I discovered a huge array of artists I’d never heard of. I’ll be honest, when I recorded Bare Foot Folk I think the only folk music I’d ever heard were Kate Rusby & Kathryn Roberts, and a few traditional folk songs at open mic nights. Kate Rusby was the only artist I’d ever seen perform live outside an open mic setting.

By the time I decided to write The Lament of The Black Sheep I’d been to dozens of concerts, spent a small fortune on albums, and listened to more folk radio shows that I would ever have believed existed. In one sense, that’s what I meant by “exploring the surrounding soil”. I immersed myself in folk culture, and I think the album reflects that. I also didn’t feel like it had to be as stripped back as Bare Foot Folk, so I had the opportunity to explore some more diverse musical arrangements.

Also, in a more literal sense, the songs on the album all carry a common theme of local farming heritage and of working the land. They are all songs that explore the stories found in the soil of West Somerset.

What comes across strongly in the album is its personal nature. Does delving quite deep into yourself like that feel almost confessional?

Music has always been my counsellor, and it’s through writing and sharing that I’ve been able to move on in my life. All real music is personal, and all musicians expose part of their soul. I don’t really know how people who don’t write songs cope with things! 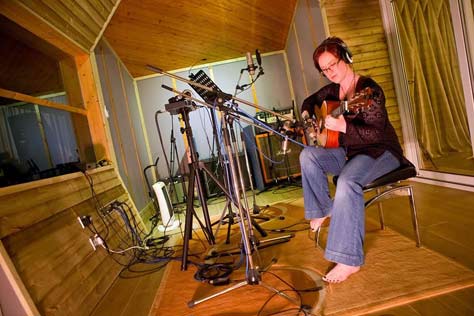 Do you get people telling you about how any songs in particular have some real meaning or relevance to them?

Yes, they do, and I’m so grateful that people take the time after a gig to come and tell me.

I think people hear what they want to hear or need to hear in songs. Everything is always heard through the ears of your own experience. That’s something that makes music really special.

On the new album I think it’s “The Raising and The Letting Go” that has had the most diverse reaction, some (including me) hear it as a song about a mother raising her children well... some hear it in completely the opposite light.

The other one that really stands out was “Waste Wanting” from Bare Foot Folk. It’s a very literal autobiographical story about my childhood but I heard a request for it on The Mike Harding Folk Show last year where the person asking for the song had related it to a long distance love affair they were in!

Songs like ’The Sailor’s Farewell’ and ’The Wanting Wife’ are rooted in the hardship and sorrows of the woman’s lot - is that a subject you feel works well for you?

For the years before I met Rob I was a single mum. My own Mum divorced twice, both times with very good reason. So yes, I relate to the hardship of womanhood and particularly of motherhood. When I was a single mum everything was about my Amy. I lived every waking moment to try and make her life better than my own had been.

However, in all those songs there’s a layer of complexity. Mabel suffered tragic loss in ’The Sailor’s Farewell’ but in my telling of the story it’s actually her children that feel as though they have to pick up the pieces, in ’The Wanting Wife’ the wife has desperately wanted more and begins the tale by undervaluing the one thing she already has... in ’The Gambler’s Lot’ I think the wife’s complaint is not so much for her own comfort but for the legacy they’re trying to leave for their children. 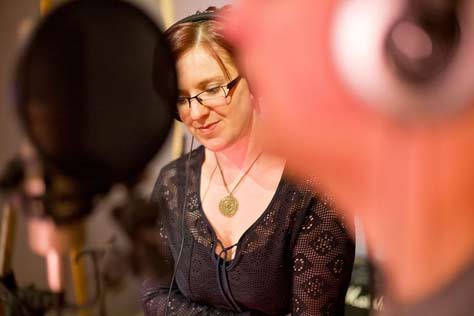 Can you tell us why you named all of the song titles starting with "The ... "?

It started out as an accident... about 9 of the 14 tracks started with “The” and I really liked the way that it made them sound like the titles of short stories, so I renamed the other songs.

For me songs are just stories with a good melody line. The only one I struggled with was “The Tilling Bird.” It used to be called “Marsh Daisy” but “The Marsh Daisy” didn’t fit with the double meaning that runs through the whole song. I still quite often still call it “Marsh Daisy” by mistake.

About ’The Young Librarian’ you say that as a writer, you’ll always leave a part of yourself behind, adding “...but was it ever really my choice?” Can you elaborate on that, please?

When Rob and I met he encouraged me to follow my musical dreams but I was terrified of wasting my whole life trying to achieve something impossible. So we agreed I’d try doing it for 2 years. If it didn’t go anywhere, I’d draw a line under the whole ridiculous idea of being a “musician” and move on.

I was hugely, hugely proud of my first album (Windmills & Wishes) but I struggled to get gigs. I got very few reviews, and those few I got were very average. I struggled to sell the album or to find ways of promoting it. I entered a few competitions and, although I made several finals, I never won any of them.

So I pretty much drew a line under the whole music thing. But I was never really happy. I kept trying to pour myself into other ventures... but I was constantly frustrated, and - behind closed doors - falling deeper into depression.

Eventually, two years later, Rob said: “I’ve just realised that I married a musician. You will always be a musician. There’s no point trying to ignore it, or to pretend we can draw a line under it. You need to record another album, and we need to do another village hall tour”. So we did Bare Foot Folk.

The point is, I really don’t think I chose to be a musician. I was born as one. I’ve been blessed with the opportunity to do it in public, and I’ve chosen to share it. But I write because I’ve found out I need to write in order to be me, is that really a choice?

And finally, there were also a few bare/dirty feet photos flying round social media after the your new album’s launch gig - what was all that about?

Ha! Well, I always play bare-footed. I think at first it helped me feel grounded, but now there’s a practical element that the loop pedal is far easier to play with bare feet. So, at the launch gig I asked everyone else if they’d mind performing bare footed!

Luke Jackson had really hurt his foot playing football on concrete earlier in the week, so I let him keep his shoes on for the cameras! It turns out, slightly unsurprisingly, that the theatre stage and green room were possibly a bit grubby underfoot! 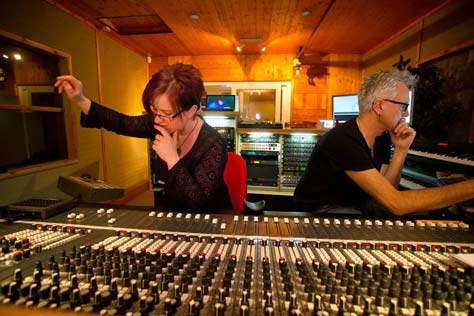 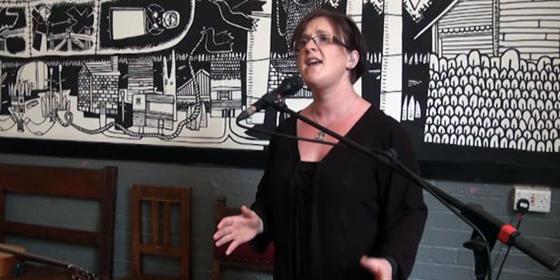