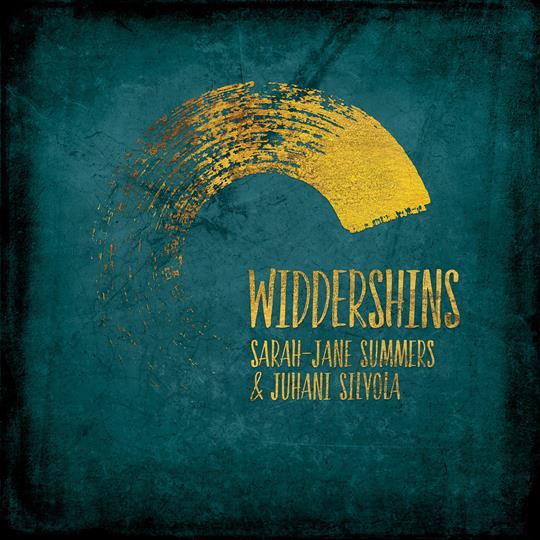 Confidence is important in instrumental music. Widdershins, the new album by Sarah-Jane Summers & Juhani Silvola, shows it all the way from the overall concept down to individual notes.

The glissandos in the first track, Sydänyö, are strong and exciting. Although not unusual in Scottish music, the effect of these is to establish the interesting position of this album, being based in Norway, halfway between Summers and Silvola, of Scotland and Finland.

The second track (which is also called Widdershins), is Scottish in origin, and means ’anti-clockwise’ or ’against the sun’, and this is taken to heart, with as much unexpected ornamentation as possible. It’s as if they’re deliberately taking the least logical way through the melody.

You may end up wanting the guitar to be given an equal footing with the fiddle. The counterpoint provided in Vaajakosken Maija is fiendishly clever, and throughout the album, the chord voicings are exciting, though subtle.

Silver Spring Ring allows the guitar pride of place. The syncopation in the plucked fiddle makes an already racing track into a crazy race you’re happy to let pass you by. The track finishes quickly, leaving you pondering how they did ’that’ on their instruments.

Although this may make it seem that they are simply good at making strange noises on their instruments, the strange noises play into the tracks. A’ Cheapach na Fasach is a tune written in memory of a seventeenth century murder, and the haunting fiddle slides and vibrato really play into this.

Widdershins is fast paced, confusing and clever. Summers and Silvola are exciting, and the sound is thrown straight out at you, percussive and open. Nordic and Celtic music clearly mix well, especially when the listener is guided through it with such clarity and musicality.