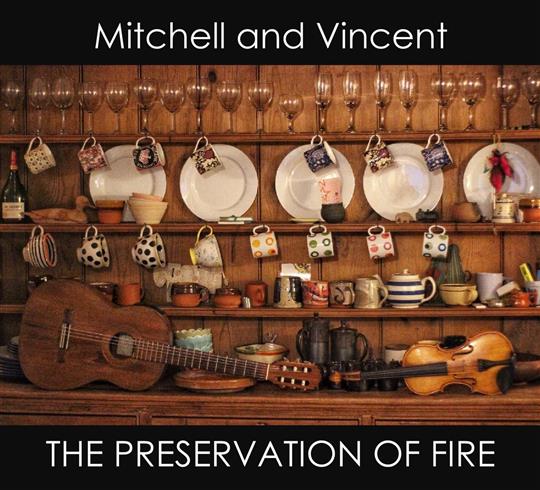 “Tradition is not the worship of ashes, but the preservation of fire” as Gustav Mahler once pointed out, and the always evolving musical tradition of the British Isles is, as usual, the key point of David Mitchell and Graham Vincent’s third studio album. They have collected a wide variety of tunes and songs, ranging from medieval Oxford to modern London, from the Highlands of Scotland to the Atlantic coast of Ireland, alongside a self-penned song, all played on their self-made instruments and pressed with self-made artwork.

The album features three traditional songs plus the self-penned satirical Oh Albion!, all delivered with fluid expressiveness and a bit of melancholy where needed. The instrumental tracks have a distinctive sound, Vincent’s fiddle driving the many sets of jigs.

Covering Ground is a tune by Irish uilleann piper Diarmaid Moynihan, it is followed by King of the Pipers, a tune that is at least three hundred years older, a combination that underlines that tradition is an ever changing creature with timeless qualities. The last track is a twelve minutes patchwork of great old favourites, at times impossible not to tap your foot to, especially on the final reel.

Vincent’s fiddle playing does not aim for extreme virtuosity, being more focused on delicate interplay with Mitchell’s guitar accompaniment. It has an old fashioned sound, not very loud but naturally warm and responsive, magnified by an entirely acoustic setting. Despite the differences in tones and style, it seems to place halfway between Martin Hayes and The Old Rope String Band, incorporating influences from many different corners of the British Isles.

This is an enjoyable listen from the start to the end and it could be a perfect starting point from which neophytes can start to explore the rich variety of musical styles from this area of the globe.

Released on CD and digitally on 30 August 2019, recorded and mastered by Graham Vincent.

1. Apples in Winter / O’Grady’s
2. Molly Oxford / Hard Times of Old England
3. The Road to Glountane / The Last House in Ballymakea
4. As I Roved Out
5. Covering Ground / King of the Pipers
6. ’Twas on an April Morning
7. Seven Stars / The Sloe
8. Oh Albion!
9. Crested Hens / Malarkey / Gallagher’s Frolicks / The Tarbolton / Pigeon on the Gate / Star of Munster 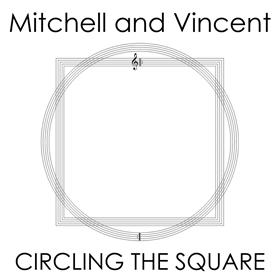