Kate In The Kettle - Swimmings of the Head 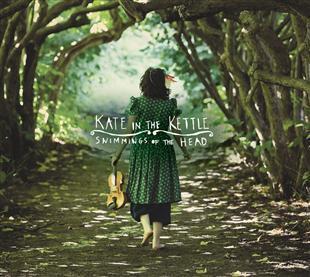 Following on from the well-received Swimmings EP earlier this year, Swimmings Of The Head is the almost wholly-crowdfunded album by Kate In The Kettle.

That’s Kate Young (yes, she of Carthy, Hardy, Farrell & Young, and the Moulettes, among many other projects) chiefly accompanied here by Malit Fålt on låt-mandola. As if this melding of the Celtic and the Scandinavian wasn’t intriguing enough, it’s just the stepping-off point for an album that throws many different influences - from nature as well as music - up in the air and dances through them as they fall.

Arrangements (Young and Fålt’s own) are kept spacious and spare, in spite of the unmistakeably luscious rubber-band bounce of the tabla, as well as some wistful, sinuous clarinet lending a Middle Eastern flavour. Kate’s voice - clear, full and round - soars away on improbably high notes, weaving in and out as words are elided and sublimated to the overall sound. Her often wordless vocal melismas seem to be on close terms with fado and even with jazz scat-singing. Apparently, though, some of that is actually “Swedish cow-calling”. Ah, right.

So, does this eclectic mix work? Absolutely, it does.

Salmon, a medley of two traditional tunes (one Scottish, one Scandinavian), begins with a minute of birdsong reminiscent of Kate Bush’s Aerial album and builds into skirling fiddle flurries that leap and race upstream. Traditional material is then fused with the new in Mammoth and also in Paper Rose, a highly original reworking of Eric Satie’s Trois Gnossiennes No.1, transposing Kate’s voice for the piano part and with an accompaniment that sounds like gypsy players loose in a Moorish souk.

18th and 19th century poetry marries with traditional Scandinavian polska tunes to ethereal effect on Fairy Fiddler, with its opening drone like summer bees, and on the haunting Lullaby For An Infant Chief.

The three of Kate’s original songs included here - from the zesty Green And Gold (a previous single), the more traditional Push And Spark, and the bending, falling cadences of Grow Down - all more than hold their own and display an impressive writing talent.

“Swimmings Of The Head” - a quote from Nicholas Culpepper’s famous 16th century herbal - seems as good a way as any to describe the impact of these often minimalist, impressionistic and otherworldly soundscapes. It’s original, it’s experimental and it’s very good indeed.

Kate In The Kettle discography 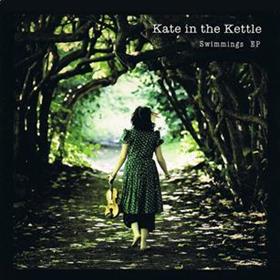