Kate In The Kettle - Swimmings 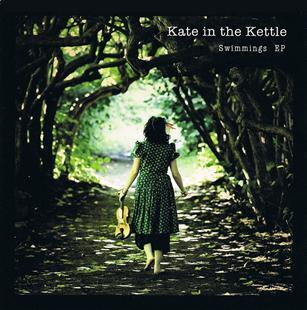 Kate Young has already made a name for herself as part of Carthy, Hardy, Farrell and Young whose album, Laylam, was released to general acclaim and was included in Mojo’s top ten folk albums of 2013. Now Young returns with a taster of her first solo effort which will be released in October 2014.

There are three tracks included on this EP, each showing a different facet of Young’s skill as a singer, fiddle player and arranger of both traditional and original material. Although the music has its basis in Scottish fiddle playing, Young looks beyond those borders to Central European, Middle Eastern and Asian folk traditions to create a unique and haunting soundworld.

Green and Gold is the only song on this mini-album and has been released as a single. It has a catchy tune helped along by a driving fiddle riff accompanied by låtmandola (Swedish mandocello) played by Marit Fält. The ending has a slight Klezmer feel as Young’s sinuous fiddle playing is intertwined with bass clarinet.

Mammoth, being an eight minute tune set, lives up to its name. The piece starts off with the traditional Northumbrian tune, Kissed Her Under the Coverlet. This is followed by Holi, a free flowing piece with a strong Indian influence as the tabla (played by Victor Solana) becomes more prominent. The set ends with Tandoori Teuchter, a Scottish dance tune enlivened by tabla and percussion. Both of these pieces are written by Young.

The final track, Paper Rose, is the most fascinating. It consists of an arrangement of Satie’s Gnossienne No.1 intertwined with a tune of Young’s called Paper Rose. This is a dramatic piece which goes through many moods over its short running time and is a great showcase for Young’s voice, which sings both the Satie tune and provides a suitably dramatic ending to the piece.

Fine as this three track EP is, it can only whet the appetite for the full album which, if the evidence here is anything to go by, should be one of autumn’s musical highlights.

Kate In The Kettle discography 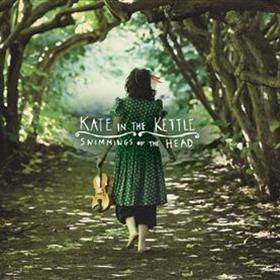 Review
Kate In The Kettle Swimmings of the Head 2014