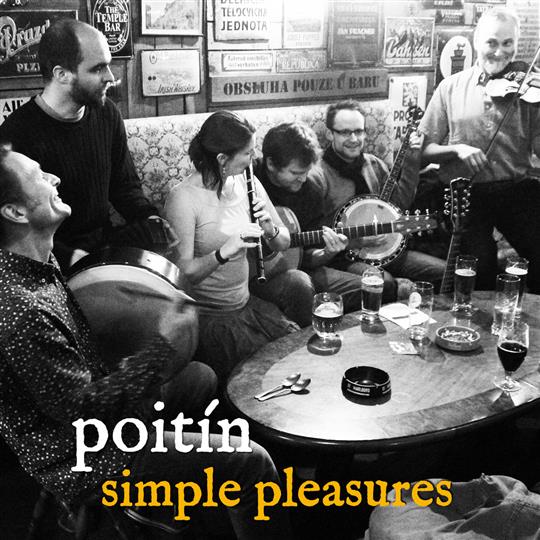 Poitín celebrate their 20th birthday with Simple Pleasures, their sixth album, which contains a selection of traditional songs and original tunes.

The songs will be familiar to many with mainly English, and sometimes Irish and Scottish origins. The tunes are mainly original, many composed by band member Jaroslav Machácek.

The band demonstrate great energy and joy in their playing. Between the six of them, Poitín play bodhran, spoons, fiddle, viola, guitar, banjo, flute, whistles, bouzouki and concertina. Lead vocals are provided by Sussex-born Jeremy King, but the rest of the band hail from the Czech Republic where the band is based.

The opening track, The Jolly Beggarman, is a traditional song with Scottish and Irish roots. This lively song gives a foretaste of the energetic material to come. It is an instant earworm.

Jeremy King returns to his roots with the Pleasant Month of May, a Copper Family standard. We also hear The Cotton Mill, one of many folksongs which takes place in May. A Sussex twist has been included in the lyrics, moving the setting to the South Downs.

The Two Magicians is here accompanied only by bodhran to begin with, gradually joined by the strings and concertina, building the excitement of the story. Reynardine, another standard, is given a much more gentle treatment than the other songs and features some lovely backing vocals from Alexandra Marešová.

The first tune set on the album, Brendan’s Reels, is fast and furious, with the musical baton being passed from whistles to banjo to fiddle to concertina.

O’Puss No 7 is great fun, led by the whistle and concertina. Spoons appear in second tune, and a pleasant surprise in the form of a guest saxophonist provides a jazz-style fadeaway ending, accompanied by the bodhran. This provides a sharp contrast to the very traditional feel of the rest of the album.

There are quieter moments too. Last Beautiful Loneliness, written by Jaroslav Machácek, is an oasis of calm half way through the album. Bar Eye is a tune set of contrasts and contains a classical reference.

The band play themselves out in celebratory mood at the end of the album with Twenty Candles on Poitín’s Cake, another Machácek original, and so Simple Pleasures ends as energetically as it began. 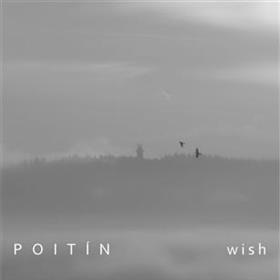