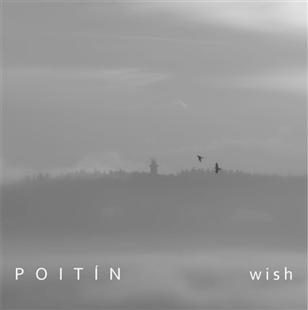 Now, this is unusual. A full hour of, mostly, traditional Celtic-style music played by a group of musicians from Pilsen in the Czech Republic with vocals by a singer born in Brighton. It makes for an interesting listen.

Poitín were founded in 1997 by fiddle player Jaroslav Machácek and in eighteen years have released six albums. Their latest, Wish, is a mix of familiar traditional songs and tunes along with a few original pieces.

The group are at their best when going full tilt on a set of reels. Set of the Gates (Wedding Reel/Swinging on the Gate/Palmer’s Gate) is played with much gusto by the band. Their playing isn’t perfect but it’s full of drive and energy whilst maintaining a steady pace.

The seven songs on the album are more of a mixed bag. Autumn Song has a pretty tune (composed by guitarist and singer Jakub Siegl) but suffers from weak vocals and an uninteresting lyric.

Jeremy King has more success with his lyrics for How I Wish which is set to the traditional Irish tune casadh an tsugain. Extra points are gained for having the narrator roving out one June morn instead of the, more usual, month of May.

Of the other songs, Cold, Haily, Windy Night is probably the best. The arrangement is full of variety with concertina, guitar and flute all taking prominent parts. Jacob’s vocals, whilst not particularly strong, effectively conveys the tale of an opportunistic soldier, bad weather and a gullible young woman. The ending is a little abrupt.

Wish is an enjoyable album of more than passing interest to Irish and Celtic music lovers. At its best, the album conveys the joy of playing in a particularly good session where enthusiasm and commitment matter as much as perfect technical ability. I bet Poitín’s live shows are electric. 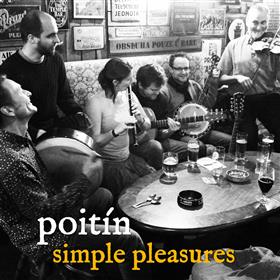