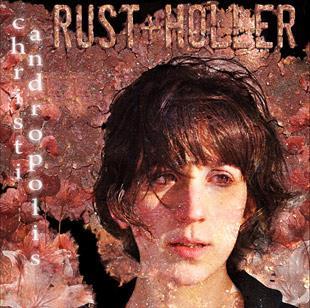 “Rust and Holler” is the exciting debut album from Christi Andropolis. Born in New York, she is influenced by traditional music from both sides of the Atlantic. She sings and plays fiddle, viola and piano on this album.

Some of the tracks are arrangements of traditional songs, such as “The Dead Horse” (a reworking of “Poor Old Horse”), “Cambric Shirt” and the “Hawthorn Tree” while others are original compositions. While some arrangements are quite simple, eg the tune set “Rhymes and Reasons” (or the Christmas Set, as iTunes calls it) features guitar, fiddle and piano.

Guest musicians on the album play organ, harmonica, drums, banjo, and acoustic, electric and bass guitars. These instruments are used in various combinations to great effect. “Winter Soldier” features the unusual combination of organ and guitar for example.

There is a definite blues feel to many of the tracks, and Christi’s singing style is reminiscent of that of Bobbie Gentry. It makes a pleasant change to hear a young female singer putting some real power into her singing.

One minor niggle is that it is almost impossible to read the detailed track-listing inside the CD, however, the quality of the music can’t be faulted. Christi will be in the UK next year playing a few live dates, and will be well worth seeing.