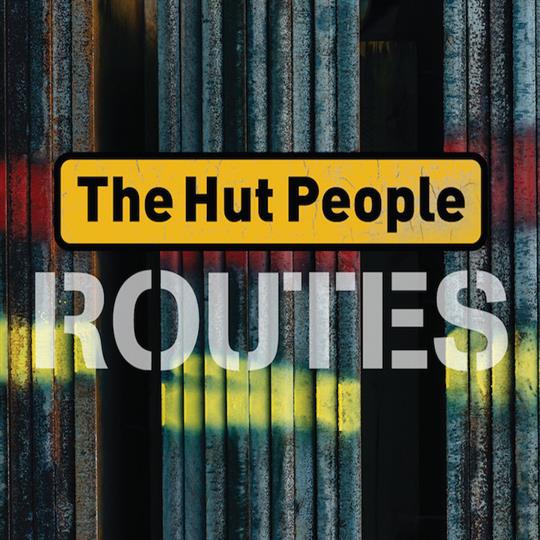 Routes - Sam Pirt and Gary Hammond collect a series of tunes which forge pathways, cross oceans and traverse motorways. Routes then, is built round a vein which ensures that the sprightly and the bright courses through the album - indeed, substitute any other word which comes under the ’energetic’ entry in the thesaurus.

Building grooves and rhythms from across the globe the tunes are similarly plucked and inspired by a range of places and cultures as random and disparate as the range of percussion you’ll find on a The Hut People album. No telling where inspiration will strike, so from paddling pools to visits to the loo (always a place for peaceful reflection) and Portuguese cupboards, no places are left unmined.

With The Hut People, you know what you’re going to get - predictable in a good way. With the successful formula and familiar pattern which matches the meat of the accordion melodies decorated with all manner of percussive seasonings makes, they may be the AC/DC of the folk world.

Some French Canadian foot percussion on the opening Humours Of Tulla and later in Polka Chinois (The Hut People variation of the Quebecois style?) even sees Sam Pirt getting in on the heady brew of wild and wonderful percussive treatments on show.

Whilst the mood is in the main lively and pert, Sweet Nightingale has a maudlin trenches feel about it, some of the percussive elements possibly hinting at overhead explosions and belying its origins in Jackie Oates’ song of Cornish tin mining.

Album closer Molnbyggen is a real good night sleep tight tune; noted as coming from the Anglo-Scandinavian band Swap, Pirt’s accordion solo is just the ticket for tucking up after taking in the delights of the record.

It’s always a treat to scan the album sleeve and take note of the instrumentation which inevitably reads, “Sam - Accordion” followed by a mesmerising collection of things to hit, shake, drop and kick for Hammond. The idea that his percussion simply keeps time must be anathema to him. Some gems which form part of the collection this time include the caxixi and daf, which make several appearances, plus the more common toenails and latex pigs…best not to ask.

This is the sort of thing though that makes The Hut People possibly the most imaginative and creative duo on the circuit.

Released by Fellside on 17 February 2017.
Produced by Paul Adams and The Hut People.