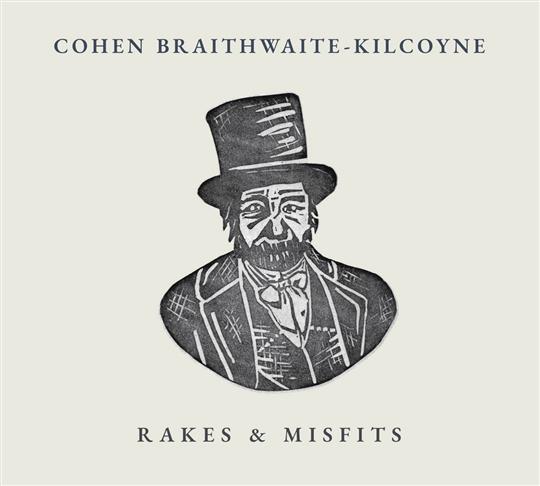 Taking time out from playing melodeon and anglo concertina with Granny’s Attic, Cohen Braithwaite-Kilcoyne has put together a second solo album, following 2016’s Outway Songster. Once again, it’s a collection of mostly traditional material, recorded live in the studio without overdubs, utilising an array of squeezeboxes, delivered with an exuberant vitality.

In accordance with the title, the songs follow a loose theme in celebrating society’s misfits and outsiders, be they rogues or simply those pursuing an alternative approach to love and life. It kicks off with New Barbary, taken from Bronson’s Traditional Tunes of the Child Ballads.

The title is a reference to the Rif Coast of North Africa, home of the Barbary pirates who preyed on European shipping from the 16th century up to 1830. Originally intended for the debut album, it now appears with a jaunty melodeon arrangement somewhere between shanty and music hall.

Breaking out the Anglo concertina, the focus turns to The Jolly Highwayman. This version of the song variously also known as Alan Tyne of Harrow and Valentine O’Hara is taken from the Hammond and Gardiner Manuscripts with a melody from Henry Stansbridge of Lyndhurst, Hampshire, the text from his father-in-law, George Blake of Southampton, augmented with the addition of two verses from a broadside dated between 1819 and 1844 and titled Daring Highwayman.

The first of three instrumentals comes with a pairing of two straightforward jigs, Female Rake and The Drunken Drummer. The others are the anglo concertina arrangement of the 19th century lament Worcester Farewell, a nod to his own roots, and, back on melodeon, The Grumpy Old Man / Maart’s Fancy, which are actually originals, written in 2017 and the latter named in tribute to the late Maartin Allcock.

Returning to tradition, three from the Roud collection follow each other. First up is The New Deserter set during the 18th century wars between England and France and sung in the voice of an unfortunate pressed into service. That’s followed by the skipalong melodeon wheeze of Strawberry Lane, a variant of Scarborough Fair of American colonial origin.

The third, the only track to feature a rare 35 key bass Anglo concertina, is the playful parping The Dancing Tailor. It recounts the comedic tale of a tailor drunkenly offering to put on his dance partner’s petticoat, she then dancing “his money, watch and britches right out of the room”, complete with amusing risqué punch line involving his cuckoo’s nest.

There’s one remaining traditional number, Broken Down Gentleman, the tale of a country gent brought to ruin at the races, collected by Vaughan Williams with additional verses from other sources by Roy Palmer, along with one of Braithwaite-Kilcoyne’s own.

His own contributions make up two of the other three songs, the first being Tom King which, featuring anglo concertina and, in keeping with the album’s theme, draws on traditional broadsides for his own telling of the life and inevitable fate of the notorious English highwayman. The other, taken at livelier galumphing pace and accompanied by melodeon, is Countryman In Birmingham which draws on the apocryphal belief, which he apparently learnt in primary school, that Brummies were legally entitled to rob outsiders who visited the city.

The album ends with a fairground carousel tune carrying along From Marble Arch To Leicester Square. A delightful ditty written in 1914 by Charles Knight and Kenneth Lyle about hanging out with all manner of princes, dukes and kings, or at least pubs named after them, it was a staple of music hall legend Vesta Tilley, herself a former resident of Worcester.

A wonderful parcel of rogues, it’s an album of fine disrepute.

Released March 5 2021 on CD and digitally on Grimdon Records. Recorded and mixed by Tom A Wright. 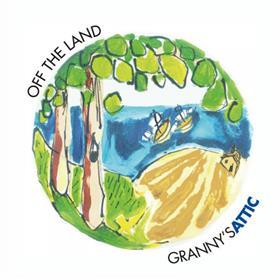 Review
Granny’s Attic Off The Land 2016