Granny’s Attic - Off The Land 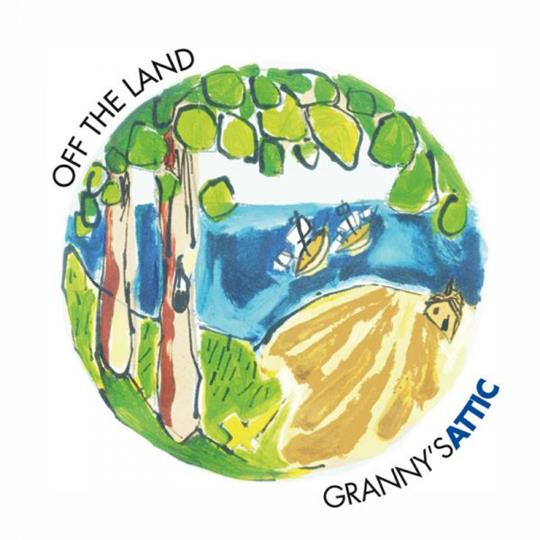 In describing young groups, the word ’mature’ is used too often. Especially in ’trad arr.’, experienced, emotional playing is not a matter of age, but rather musical research, as Granny’s Attic demonstrate on Off the Land. From finding Away to the South’ard in a shanty book to cross-referencing the various recorded versions of The Death of Nelson, the emotions of all these influences have been channelled.

Poor Old Man, the seventh track, is a growly shanty contrasting a vocal style suitable to the song’s origins against an exciting driving melodeon. The melodeon rather dominates throughout the album with two exceptions. The great guitar-led Horkstow Grange is slow and tear-inducing, marking a natural break in the album. Also, a rare treat: a crisp mandolin solo begins Rod’s, an excellent new tune set.

Rod’s manages to highlight that the trio’s influences haven’t just affected their arrangements, but also their writing. The third tune in the set, Steamkettle, is even named after the Hornpipe which it is reminiscent of. The fiddle playing in the next instrumental track - After the Flood - shows this: the turns are inserted at places where the ear expects them, making it relaxing and nostalgic.

This does not mean that the album is predictable. After The Flood features some unexpected chromatic sections, along with a lovely light concertina backing, a surprising change from the melodeon which works beautifully.

Heavy harmony vocals is an unusual addition given the quiet accompaniment, although this works less well, occasionally overwhelming their subtle playing. Off the Land gets darker as it goes along, until you’re launched into an 8-minute Child ballad to end - seen as a necessity on traditional albums, but the thought put in doesn’t seem to match its increased length.

Yet, fundamentally, it’s the start of Off the Land that highlights what makes Granny’s Attic good. They’re at their best not when they’re morbid, but when they’re fun (Away to the South’ard) or reflective (Horkstow Grange). Here, they’ve got hints of the past with the energy of the present, informed wisdom with raw emotion. If they appear mature now, imagine what’s to come.