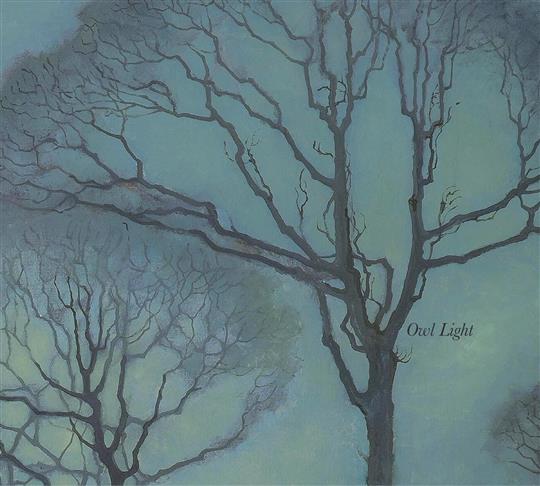 The Owl Light Trio of Jane Griffiths (fiddle and viola), Colin Fletcher (guitar) and Jim Penny (concertina) have an excellent musical pedigree, having worked together as members of alternative folk group Telling the Bees, as well as collaborations with many other highly respected artists on the contemporary folk scene.

On their website they state that they take tunes apart and put them together again and indeed there is no better way of describing the way they play together. This album of traditional and original tunes pushes musical boundaries without ever losing sight of tune and the tradition it is rooted in.

The opening track, Centime in Space / Cavers of Kirkcudbright, begins with a fanfare like phrase on the fiddle, which is joined by concertina and guitar. Then all three together develop the tune, passing the musical baton between them. The second tune takes us up to Scotland, for a change of mood. The two tunes cleverly merge towards the end of the track, successfully fusing the two different styles.

A couple of tracks are driven by Colin Fletcher’s funky guitar playing. Trip to Pakistan is one, where the guitar as joined by discordant drones on concertina before the lively melody dances in. Two Sorcerers is Jim Penny’s own composition, and here the instruments wander off at musical tangents while periodically joining together in glorious unison.

There are some intriguing, and downright worrying track titles on this album. The Politician, the Lighthouse & the Trained Cormorant is an exciting tune which must have an equally exciting story behind it, while The Night Poor Larry was Stretched / Ghost Dance / Gloucestershire Minor is a celebratory end to a wonderful album. Let’s hope Larry recovered from his ordeal.

The album also contains some beautiful moments of calm. The traditional tune, Lucy Farr’s, is given a fittingly simple arrangement. Jane Griffiths’ own composition Coming Home features a beautiful soaring string part. Allär är ä begins with a series of high pitched sustained notes, giving it an unearthly feel before launching into a beautiful lilting melody.

Ranging from the hypnotic and ethereal to the rhythmic and punchy, this is instrumental music you can lose yourself in.