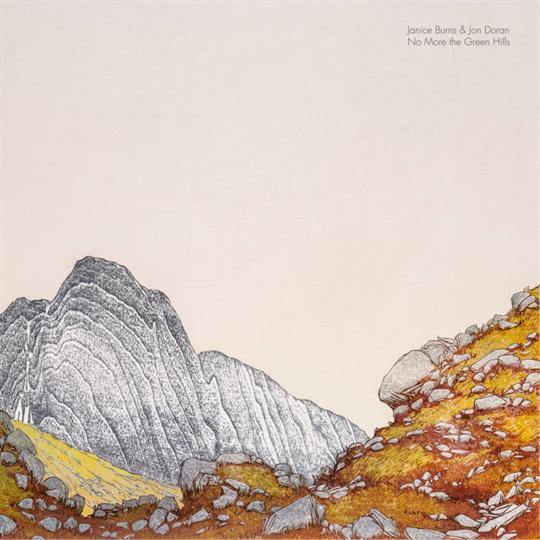 As every traditional music fan knows, folk songs are not static artefacts, but living pieces of our culture that evolve whilst passing from artist to artist through different ages and regions. This is at the core of renowned Newcastle duo Janice Burns and John Doran’s new release No More the Green Hills, a collection of mostly traditional songs recorded with in demand double-bass player Ben Nichols under the guidance of Andy Bell.

The track list presents many familiar titles such as As I Roved Out, She Moved Through the Fair and The Weary Cutters, and nine of the eleven songs are all-time traditional music favourites. But the duo also recorded two more modern songs, namely the lively Up an Awà, resembling the 17th and 18th century waulking songs of the Western Isles, and The fetching Black Fox.

All these lyrics have a common theme; they are songs of love, loss and nature and how humans deal with them, and the way the duo arranged them puts them centre-stage. They concentrate on creating vocal harmonies, on pure storytelling, and the settings, mostly based on guitar, mandolin and bouzouki, with a touch of piano, fiddle or harmonium here and there, provide a soft tapestry of serene and sometimes dreamlike atmospheres that pushes these stories and characters under the spotlight.

Thoughtful and relaxed at the same time, charming and entrancing, No More the Green Hills reflects the true spirit of folk singing and songwriting and highlights the role of balladry in the 21st century, a powerful source of old words to describe our modern times.

Released on 28 October 2022 on CD and digitally. Recorded by Andy Bell at Watercolour Studios.