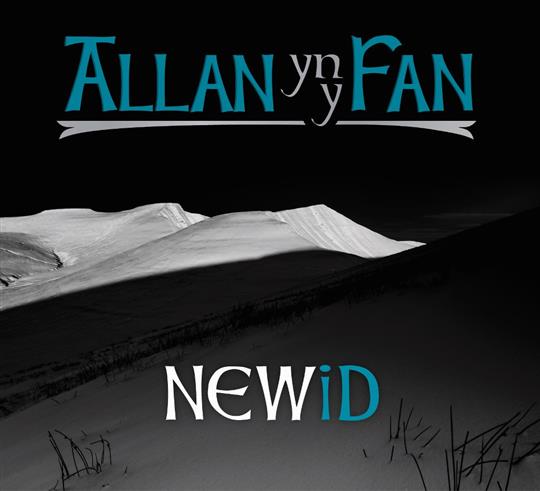 NEWiD is another accomplished entry in Allan Yn Y Fan’s impressive repertoire. The group’s sixth album is a generally smooth and soothing affair, occasionally hinting towards something more raucous.

It’s also the first of Allan Yn Y Fan’s releases to feature new members Catrin O’Neill and Alan Cooper. No disrespect to Cooper (whose fiddle work is rather charming) or the other members of the band, but it must be said that O’Neill’s vocals steal the show whenever they appear.

O’Neill features on the opening song, Marwnad Yr Ehedydd (Elegy for the Lark), and immediately prove her to have a sweet and soulful voice. The arrangement (attributed to the band as a whole) strikes just the right balance between voice and instrumentation. On Dafydd Y Garreg Wen (David of the White Rock) O’Neill sings unaccompanied, and the result is even more arresting. The lyrics are in Welsh, but you don’t need to understand them to appreciate her clear and fine voice.

There are also some excellent instrumentals on the album though. O’Connell’s Extension / Cooper’s Bow are a pair of light and breezy tunes, with Chris Jones and Cooper providing melodies on accordion and fiddle respectively that are charming in their simplicity, at least until the pair begin to ratchet up the pace in the second of the two tunes.

Conversely, Tune for Lilian is a slow, wistful piece. It sums up what’s probably the best thing about NEWiD as an album, which is Allan Yn Y Fan’s ability to capture emotion in each piece of music and pass that on to the listener.

NEWiD is an album whose simplicity belies its depth and emotional complexity. It’s also a sign that Allan Yn Y Fan are going as strong as ever, bringing together the old and the new to make quite excellent music.